July has witnessed the third season of Stranger Things being released On Netflix, and if you’re a superfan with lots of time, chances are you’ve already binged the entire season overnight. However, for the rest of us who still love the show, but just haven’t gotten around to watching all of it there has to be a way to prove your true loyalty to the franchise. Obviously, that sort of declaration of love can only be through a tattoo.

We’re just kidding, having a tattoo isn’t necessary, but why not. Stranger Things has inspired lots of art from the upside down to eleven, and here is a list of our favorite stranger things inspired ink. Just so you can consider booking your next appointment while spending your coming weekend finishing off this season.

Speaking of Eleven, another bomb way people have been paying homage to her character is with quirky tattoos of Eggo waffles. Not only was eleven hungry during her first appearance on the show, but everyone needs a snack while they’re watching, and this is the perfect one.

Starting off with the most obvious, here is an Eleven tattoo. Homage to the OP character of the series, these minimal tattoos not only show off a commitment to the series but is also easy to customize and integrate into other pieces.

Over time through the show, Eleven begins to understand and value friendship more and more. To solidify these notions she establishes some pretty sure principles. One of the most popular phrases from the show is “Friends don’t lie.” This comes from Mike teaching her the number one rule of friendship. Later on, as circumstances change this is one thing she never forgets. To be honest, this is a great motto to live by in general as well. 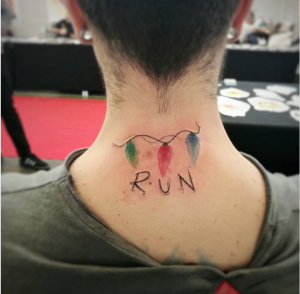 Another common theme in many stranger things tattoos are colorful string lights. Through the show, Joyce uses these Christmas lights to communicate with her son. At one point to protect her son she writes out the word ‘run’ as some monster was trying to claw its way into their house. This iconic phrase thus made its way into lots of die-hard fan tattoos. 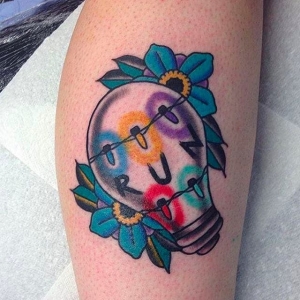 While these are some tattoos that can be associated with the bigger events of the show, these are so much more that has been converted into body art. Since we don’t want to spoil the viewing experience for those who haven’t hopped on the bandwagon, here is some art that will get you on it. For those of you that are hooked, here is a new perspective on a show that is bound to go down is history. Happy Watching! 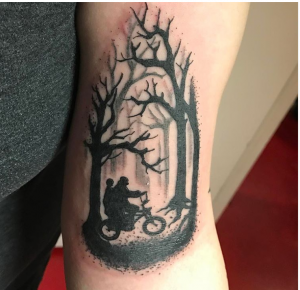 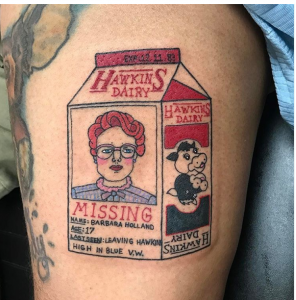