Cover-ups are perhaps one of the only few things every tattoo enthusiast is familiar with. It is a painfully horrid outcome of bad decisions; by that I mean, a bad artist or horrible design or even taking a callous approach to after-care. One big issue of getting a cover-up is that the next design needs to be bigger, bolder, and make the previous tattoo disappear completely. Sounds like quite a task, doesn’t it? Well, after getting six cover-ups over the last three years, I can assure you that it is one hell of a job to pull off. Plus, it’s not the artist in jeopardy here, the canvas also needs to go through excruciating pain while hoping to god that the new tat is not something to regret later.

I looked around for many months and stepped foot into Skin Deep, one of Bengaluru’s best tattoo studios, in search of an artist who can not only cover up simple tattoos but fix a series of them; five horrible mistakes of my life. Back in 2016, the studio housed nearly seven artists and “my guy” was one of them. Chiraag Rao was probably in his early 30s, but looked like a guy straight out of college. TBH, still looks like that. He was short, skinny, and filled with tattoos; what I liked the most was the fact that he had many cover-ups done. If you look him up on Skin Deep’s website, you’ll find that he is a BHM graduate from Christ College, who left the kitchen behind and picked-up the needles back in 2008. The avid biker joined the studio in 2012, and has a speciality in custom mandala patterns, pin-ups, and geometric designs.

Over the last three years, Chiraag has done six tattoos on me, out of which five were cover-ups. Sadly, none of them were easy. Rather than giving you a basic review of the guy, I will explain the things I liked about him and his work by letting you step into my shoes. I will explain the series of sessions I’ve had with him for different tattoos, so you can get a better idea of what it’s like to be his canvas. 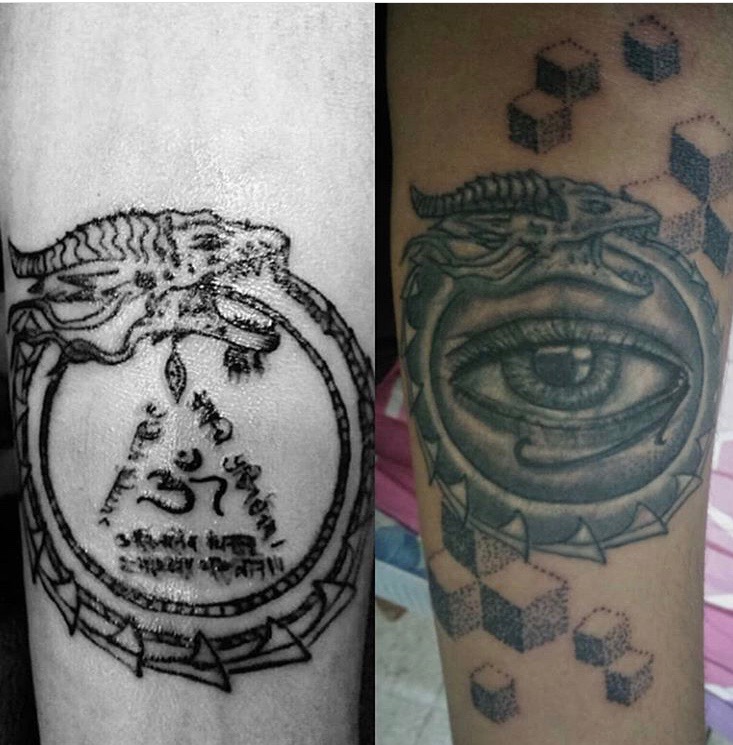 First up, the Ouroboros forearm tattoo back in 2016. When Chiraag first saw it, he noticed a faded dragon, a smudged Sanskrit script within the dragon, and an “Aum” within the script. I told him that I wanted the dragon to be bad-ass again, and replace the script and everything inside it with an Eye of Ra. If he could also add a background, it would be great. I generally give my artists a lot of freedom to design and Chiraag was the guy who knew exactly how to leverage it. In less than 15 minutes, he freestyled the entire sketch on my hand and explained to me what they were. I admit, I was taken aback. The design was done beautifully and quickly. After my approval, he set up his station, shaved my forearm, and we got started. It was probably a one-hour session, but we discussed our entire lives over it. He would purposely engage me in conversations to help me take the attention off the tattoo pain. And, it worked well. By the end of it, I was not only a pleased customer for getting exactly what I asked for but, I knew, I found a reliable artist. He was quick, funny, and immensely talented. He knew how to handle me even though he never knew me personally. Perhaps, that’s what they call experience.

A few months later, we met again. This time it was to cover two seven inch dragons on both sides of my back with one toothpick like sword in between. The moment he saw the tattoos, he laughed out loud (really loud.) He told me upfront that this cover-up would be nothing like any of my previous tattoos. It’s going to be big, with lots of shading, and could take me to hell and back, as back pieces on a bony guy are extremely painful. After a month of discussing the design, he came up with a custom full-back tattoo. It was mind-blowing, and everything I had asked for and beyond. He managed to combine Japanese traditional, Mandala art, and Geometric art in one single piece. He had a chance to show off his skills and he gave it everything that he had. I loved it. We had divided the tattoo into three sessions. The first one went as planned, the second had to be cut short because I could not handle the pain, and the last was one fastest, most seamless tattoo experiences I’ve had in my life. In these sessions, I, unknowingly tested my artist’s patience in every way possible. I took many breaks, constantly moved around, and screamed over and over again. I honestly thought he would ask me to leave. But, no! He put up with me and gave me the finest of tattoos. After the tattoo was done, I hugged him in tears thanking him for not losing it and giving me a piece of art that I would cherish for the rest of my life.

The last cover-up was a funny one actually; the ex’s name! Many of us have been there, so try not to laugh. What was weird about this tattoo was its placement. It was right next to crotch, above my thigh, and below my waist. It was a secret one, hence, that spot! At first glance, he asked if I was sure about covering it up. And, he asked me the same question around 20 times before we got started. The answer did not change though. However, it was nice that he ensured that I was sure about it. As usual, I wanted something very dark and edgy, but he refused to do it. He told me, “You get this done all the time, try something new, anything is fine. This cover-up is different, it’s sentimental, so get something done that can make you smile or laugh in the future, rather than making you cry in the future.” It was a good point. So, I told him I liked Dragon Ball Z and asked if he could do anything around that. Hours later, I had a baby Vegeta tattooed and Dragon Balls got a new definition. It was a very sad phase for me and this tattoo made things a little easier. Had I gone with my plan of getting something that showcases heartbreak, I would have regretted it big time. Once again, his approach to tattooing left me spellbound. 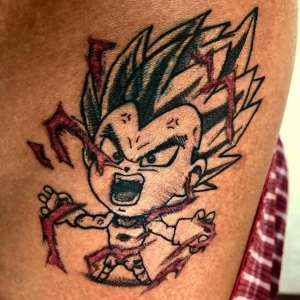 Having shared my experience with Chiraag, I leave it up to you guys to go to him or not for a cover-up or any other tattoo. But, I would leave you with this – Chiraag has a mastery not only over certain styles of tattooing but one very essential skill that is important in any client servicing job role – communication and connection. With him, you will never feel like a customer. He treats you like a friend, who will carry his artwork through the ages. 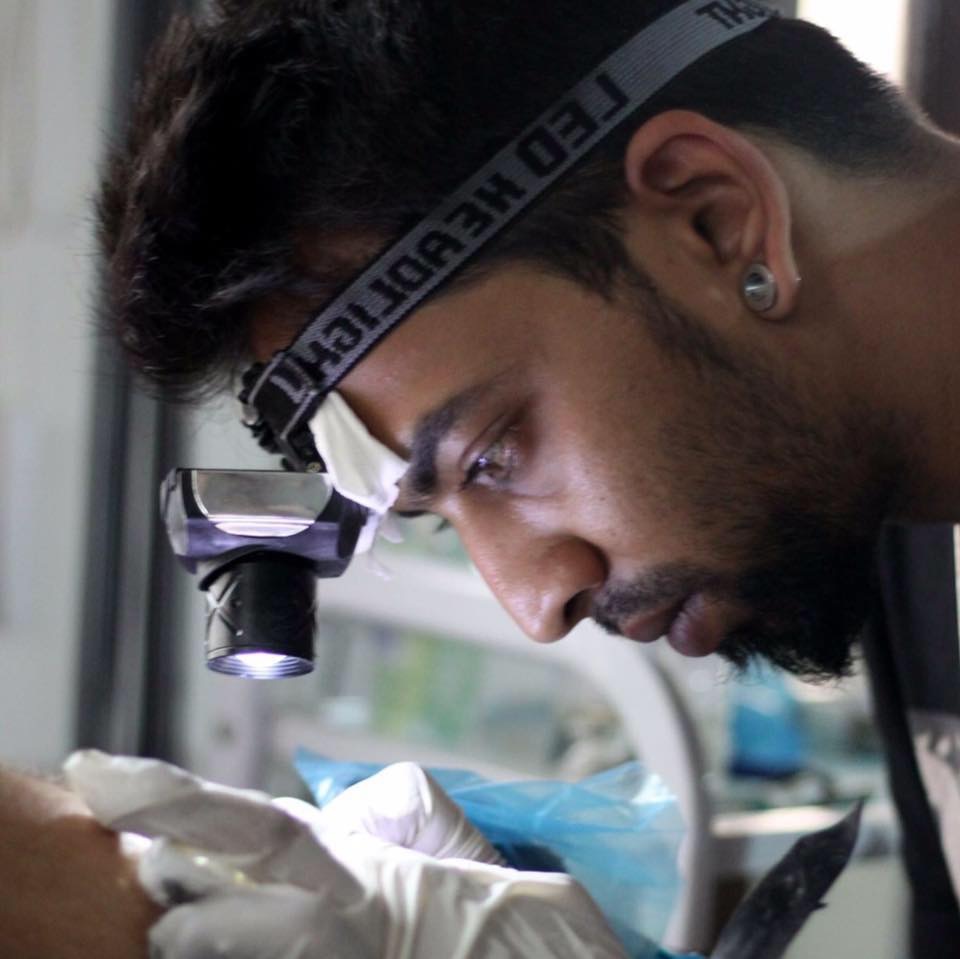 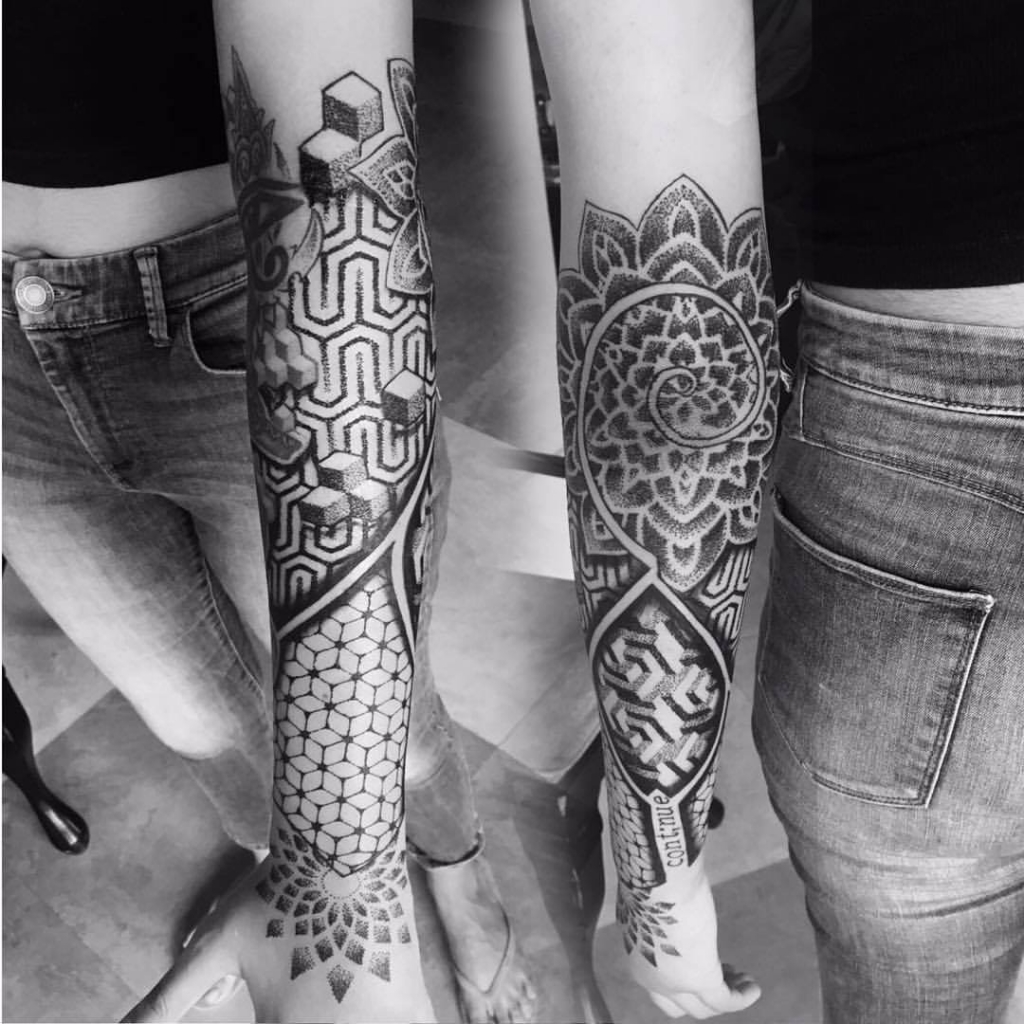 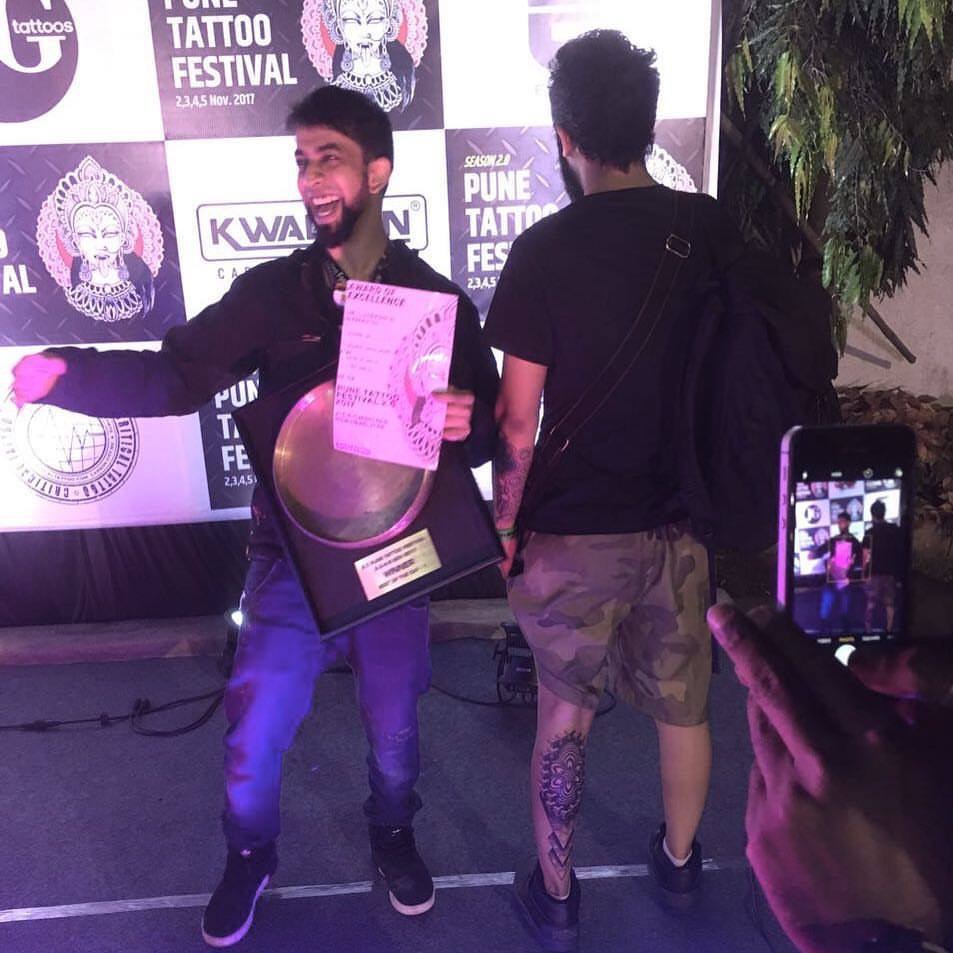