It’s the season of tattoo conventions and we are definitely convention hopping along with all the artists and tattoo collectors. As we come across all sorts of people in the trade, there are some who are in the industry just because the art makes them want to dig deeper, connect more and enjoy the spirit of true community. One such person is Bharat Suneja, owner of Line Art Tattoo Studio, Faridabad, and one of the most trusted suppliers of tattoo material in the country and the organizer of the oldest runnung tattoo convention hosted in India, India International Tattoo Convention. 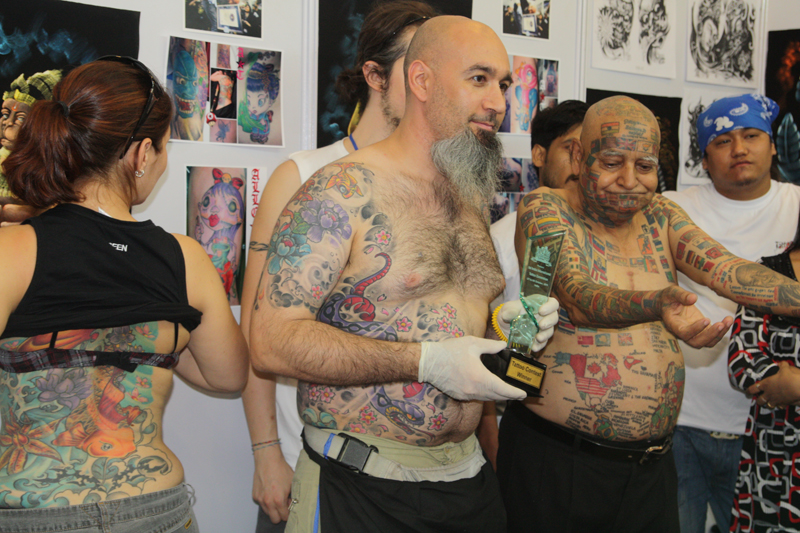 Suneja’s story is that of a simple artist who got working, literally! He came across the idea of conventions almost a decade back while reading a tattoo magazine and followed through to introduce the India Tattoo Convention in 2011 in Faridabad. “It took me close to five years to develop this idea and there are two reasons for it; one – there weren’t too many tattoo artists back then and two – I didn’t have the resources to organize the kind of convention I had in mind.” 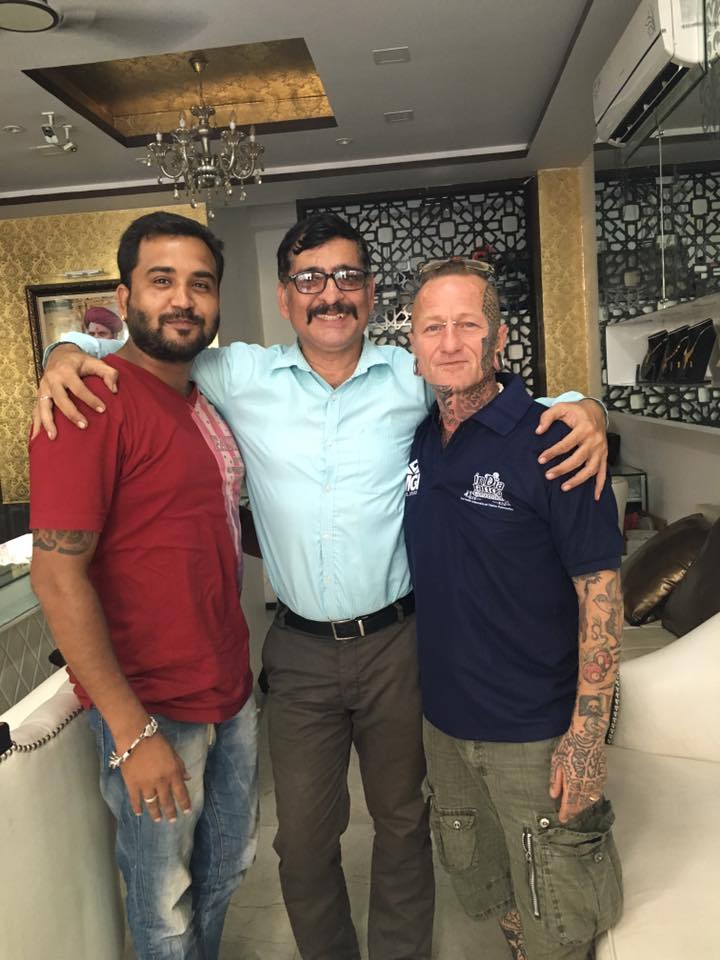 Back in 2011, it took Suneja a good year to convince international artists to participate in the convention but now, he seems to be getting proactive participation from artists all over the world. “People across the world are getting familiar with the Indian tattooing scene. As we host more conventions and increase the standard and make them more comfortable here, these artists would like to explore our culture even more. In the end, all I want for the Indian tattoo industry is for it to develop a strong global foothold and what better than conventions to do that.”

So, what was his idea of tattoo conventions? He simply wanted to create a space, an environment where artists not only big, but even the smaller ones get a platform to interact with the seniors and participate in some way or the other. “It’s all a game of interaction and exchange of cultures and arts. The bigger artists get to interact with western artists and understand their culture, ethos and art. The younger, less experienced ones look up to the more experienced ones and get inspired to learn and practice their personal favourite art form. It’s true, that international participations are important but unless I give the local artists the platform they need, they won’t start believing in the power of tattooing as art, culture, community.”

This will be the fourth edition of India International Tattoo Convention, and it’s time to witness an unconventional approach to a convention. Most of the conventions will have a hard core music scene with punk rock and metal blaring through the speakers. This time however, Suneja is thinking on different lines, “I want to explore if the artists would like to work through soothing, soft music. Of course, we have a rock show on the final day but the beginning is by an International flutist who will be playing to the tunes of both Indian and Western numbers. Then we have a guitarist and vocalist performing, some dance performances, Russian dancers doing different acts. We are taking care of the entertainment but it’s going to be some serious tattooing at the convention this time.”