On Monday evening, something weird happened. As we were sharing some of the best tattoos of the day from across India on Instagram, Sameer Patange (the most senior tattoo artist in India) pointed out the most bizarre incident to us, wherein a handle shared one of his works without giving the artist any due credit. 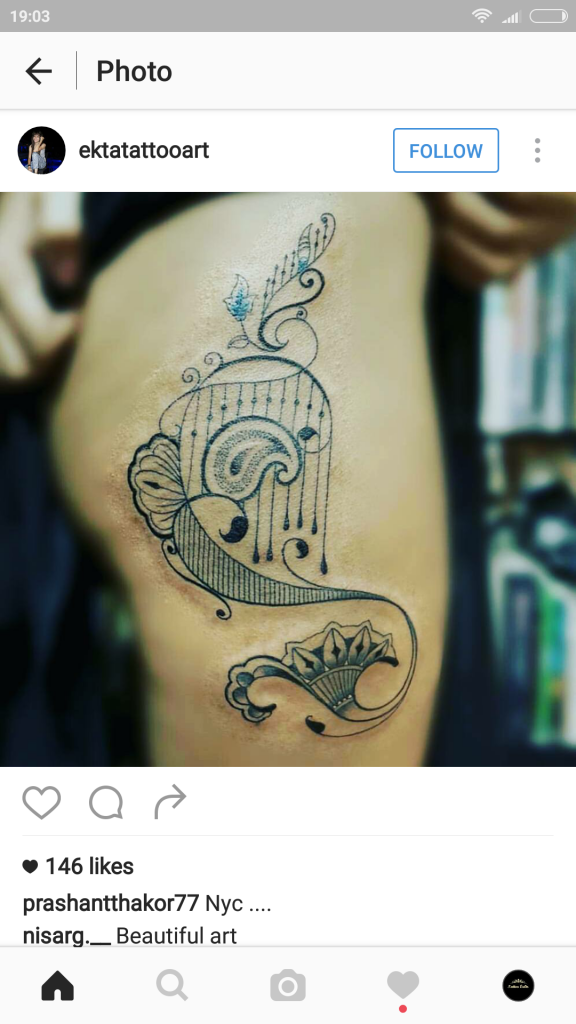 The handle, @ektatattooart belongs to Ekta Vaishnav from Ahmedabad, who also claims to be a tattoo artist. In fact, such was her blatant act of plagiarism that when Sameer wrote to her asking why she did this, she didn’t even bother to reply to him. Instead, she simply deleted the post. 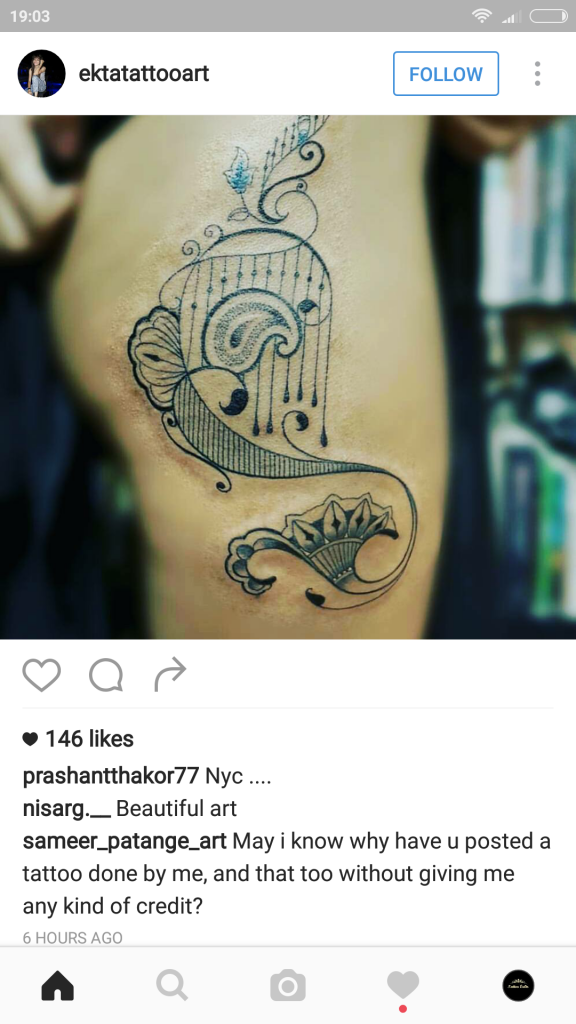 But, we didn’t want to jump to conclusions, so we called her up. When we introduced ourselves and then asked her as to why did she share another artist’s work without giving due acknowledgement, she just had to say, “The Post has been deleted.” After repeatedly asking her what was the reason behind her posting it at the first place, she said, “I was inspired by the artwork, but don’t worry, I have deleted it now.”

When we approached Sameer to get his reactions on the incident, he simply said, “I don’t want to defame anyone, but this isn’t ethically right.” Sameer also raised a very valid concern, “For all we know, there might be shit loads of such accounts on the internet claiming others’ works to be their own.”

Ekta claims to be a tattoo artist of three years of experience from Ahmedabad, Gujarat. Such an incident not only questions her credibility as a tattoo artist, but also raises questions in minds of other artists as to how safe is their work on a social media platform.