If you take a look at what’s going on around the world today, the media paints a pretty grim picture. Minorities are oppressed, fundamental human rights are being called into question and institutionalized racism seems to have come back in a big way. But every now and then something special happens; in a seemingly endless parade of crap, a true gem manages to find its way out of the darkness and into the light, and the story of Kamali Moorthy is a gem in the purest sense of the word. 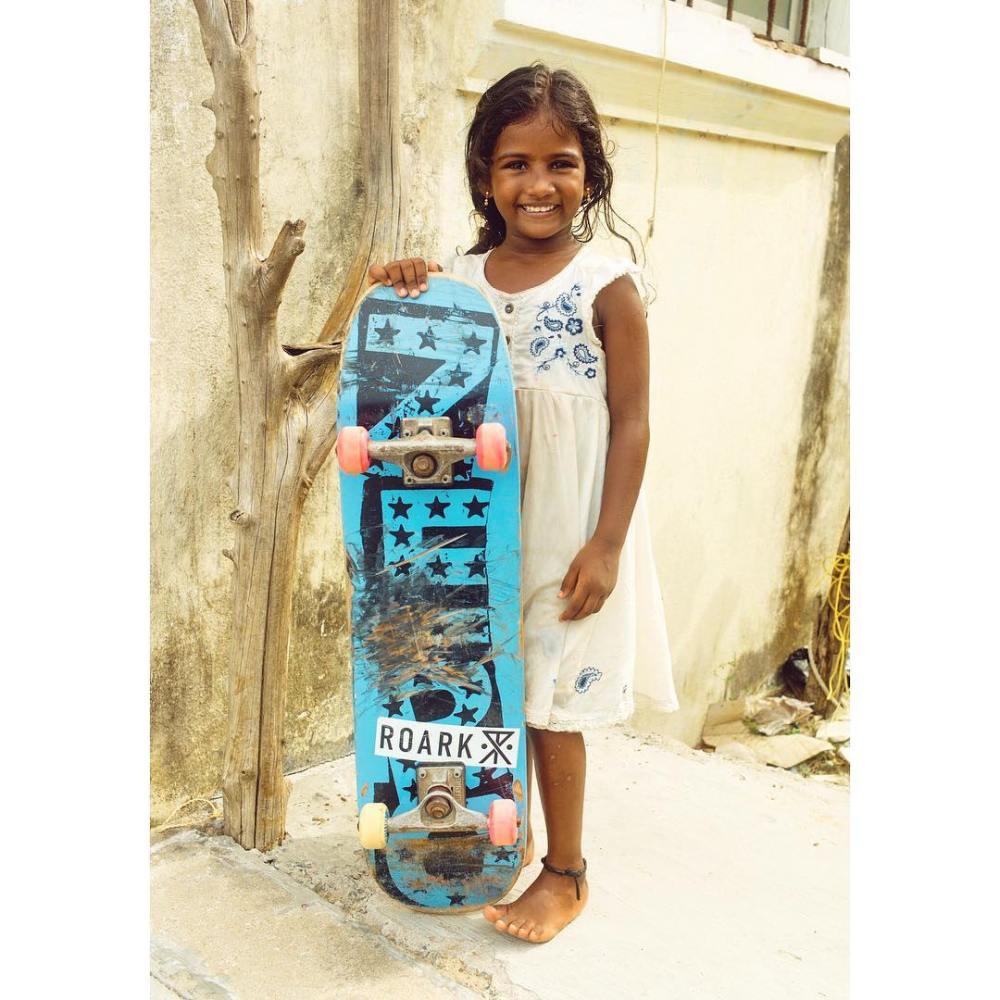 For those of you who haven’t heard about this gifted young woman before, 9-year old Kamali Moorthy is a young girl in a small village in Tamil Nadu, where she has found an unconventional way of expressing herself; through her skateboard. Kamali is the only skateboarder in her entire village, and this trailblazer’s story, documented to perfection by New-Zealand born filmmaker Sasha Rainbow, has earned enough plaudits to qualify for the Oscars in 2020. While Kamali’s story will undoubtedly be at the forefront of the media, credit must be given to her mother Suganthi, who could have easily succumbed to her village’s expectations of women, but instead chose to empower herself and her daughter through skateboarding. At the age of 34, Suganthi’s marriage fell apart and she was left to care for her young daughter all by her lonesome. Instead of throwing herself a pity-party, Suganthi turned her attention towards Kamali. When her brother’s friend gifted Kamali a skateboard, Suganthi could have easily laughed it off, because the conventional mind-set would say, “A small girl in rural Tamil Nadu, skateboarding around the village? Really?” But Suganthi is not like most people. Instead of seeing the skateboard as a bad punchline to a poorly told joke, Suganthi saw a means to empower her daughter.

Sasha Rainbow, the director of the short film, first encountered Suganthi and Kamali when she travelled to India to feature Kamali and other skateboarding girls in a music video for a song by UK-based band, Wild Beasts. Rainbow admired Suganthi’s boldness and sheer determination, so she returned to the country just to shoot this film. On the surface, the story of Kamali is unconventional, but pretty run-of-the-mill; it’s just about a girl who skateboards, but Kamali and Suganthi represent so much more. We live in a world where women are always confined by the shackles of society’s expectations, where their bodily autonomy is being compromised in the world superpowers and where women must fit a mould, or be rejected by the people around them. The story of Suganthi and Kamali is a slap in the face to this convention, it is a tale of going against the grain, staring down the patriarchy and redefining what it means to be a woman.

Women around the world are united in their struggle to express themselves without judgement and supervision, and it is this struggle that brought together, whether by sheer luck or destiny, a New-Zealand filmmaker and a 9-year old living in a small village in Tamil Nadu. Kamali is much more than just a story, it represents an ideal to strive towards.

Grab your skateboard, the Oscars await.