For Divya Ramesh, fig trees held no particular importance in life but tattoos were always something that fascinated her.  At the age of 21, she got inked for the first time. Small tattoos – a knife with a rose on her collarbone, a doodle of a face on her wrist and a quote from a book on her upper arm. And now, a few years later, a handsome fig tree stands blooming on her forearm; her biggest tattoo till date, done by Zaheer Chattriwala (Of Studio Z). While we will go back to the journey of her three other  tattoos, the fig tree and its story speaks about a feeling not all that alien to many of us.

Also Read: Zaheer Chhatriwala | Art and Nothing Else

“The fig tree tattoo is based on a quote I read in ‘The Bell Jar’ by Sylvia Plath. The book was nice enough, though not particularly special to me, but this one quote just stood out. It was the perfect articulation of something that I had thought and felt many times over the past few years. Felt like it represented me, in a way. It was perfect for my next tattoo.” 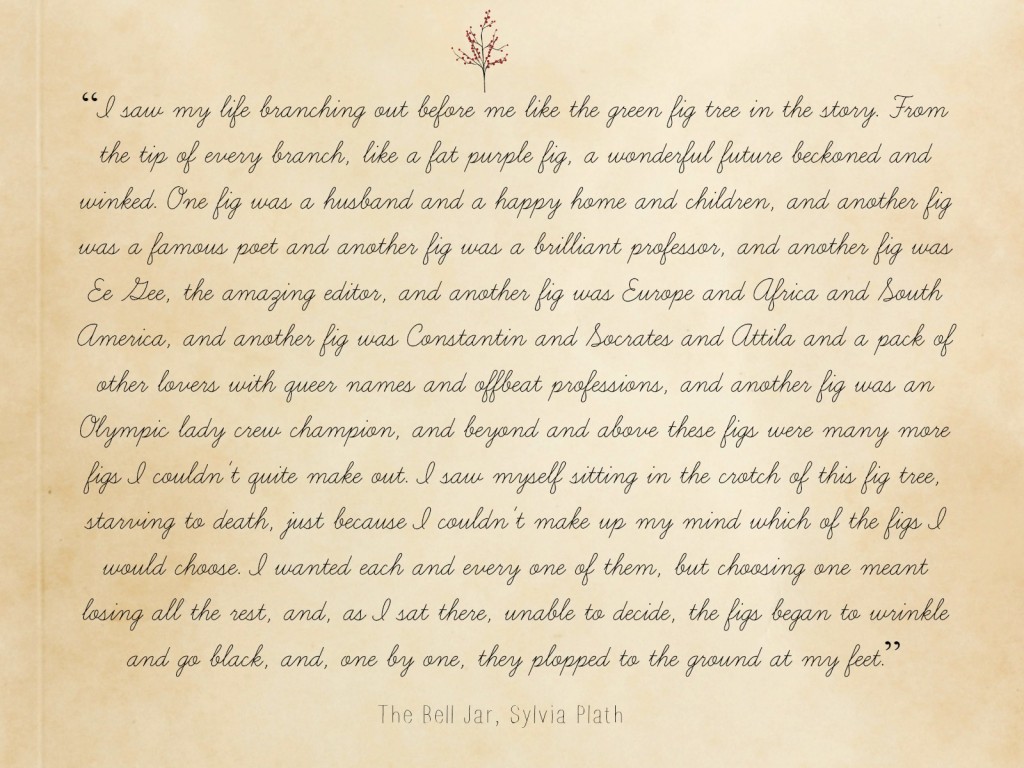 “Around August last year, I read this book and ever since then this quote fascinated me. So I started searching for an artist to tattoo an interpretation of it on me. I saw a tattoo Zaheer had done for an acquaintance, and it was absolutely stunning, so I looked him up.  I loved the scope of tattoo styles he worked with, and the recent tattoos he had done on various people. So, I pinged him and told him the concept, and I sent him a bunch of references of the type of styles I liked, based on which he came up with my design. The tattoo itself took 8 hours to do, and it was the most fun I’ve ever had getting inked. It just felt like I was chilling and chatting with a fun guy who just happened to be tattooing me. It was a pretty fantastic experience.” 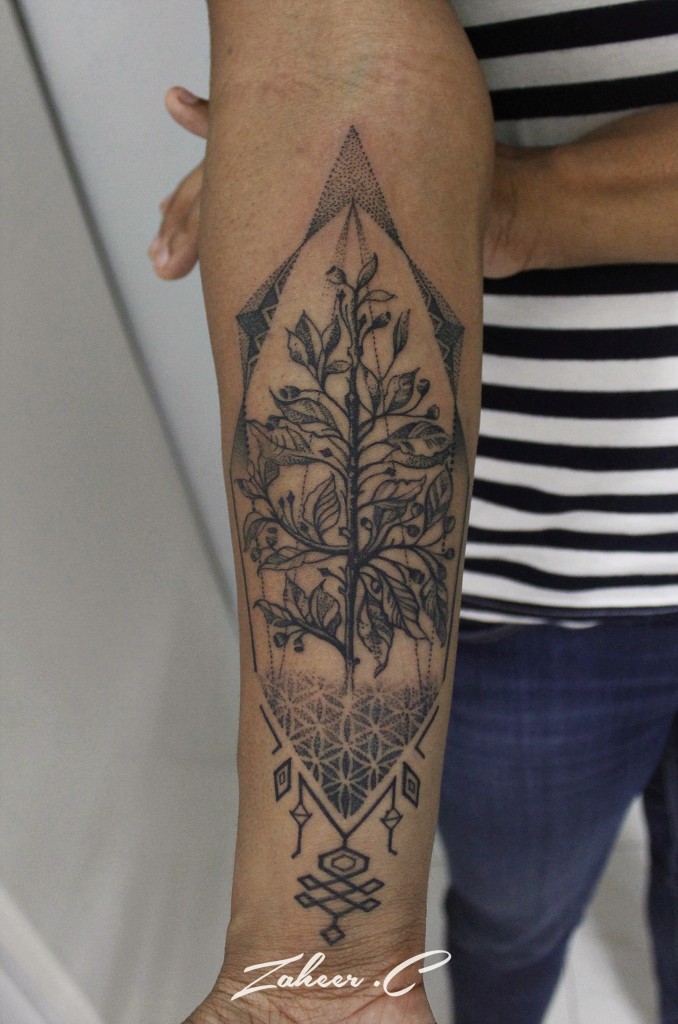 The interpretation of the fig tree is what holds importance for Divya. “This fig tree and its figs represent the million interests I have in life, almost all of which I pursue half-heartedly and leave half-done because I start doing something else. Either that or I’m just crippled by choice and do nothing at all. I’ve been making an effort to remedy this and the tattoo sort of represents that – to do new things, do more things, whether they’re in my comfort zone or not; and to just keep going for that next fig.”

Tattoos that remind us of goals and lessons are beautiful because it matters how they are interpreted for the person themselves. And for Divya, this tattoo is all this and more. “I’m really indecisive in life as it is. I think I’m getting a bit better at it.”