Some people think of tattoos as ink-filled wounds, while other think of them as bandages. For Neelanjana Dutta Choudhry, tattoos are both bandages and ornaments. A hairstylist by profession, and a psychologist by education, Neelanjana is that woman who when enters the room, sweeps it off its pillars with her energy and vibe.

A Lizard’s Skin Tattoo Studio loyal, Neelanjana got this tattoo done after her mother died battling cancer. “My mother’s passing away was a big learning experience for me because until she passed away, I didn’t grow up. Despite being a mother of two children, I never considered myself as a grown up because she was always there to have my back.”

Her mother passed away in 2003. So, why did she wait till 2014 to get a tattoo done when she always knew that she wanted something dedicated for her mother? “It took me these many years to discover myself. I have had such a protected upbringing that my husband often would tell me that I won’t be able to do anything on my own. We are from the north east and my husband was working in Mumbai. So being the only child, I have had a very privileged and protected life.” 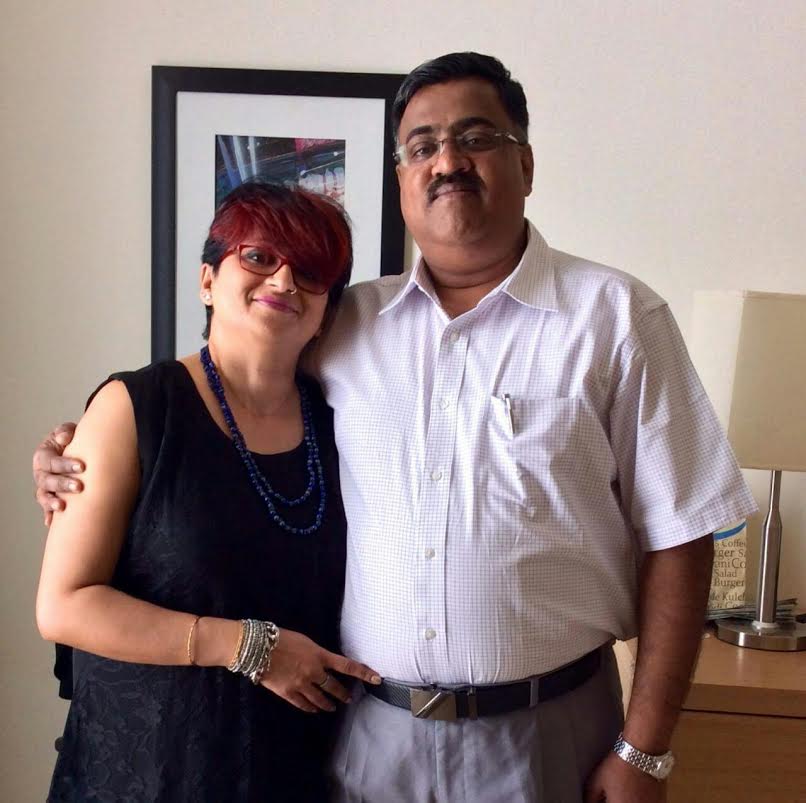 Things took a turn when her mother passed away. “After my mother died, we shifted to Kolkata as my husband got posted there. I took up hair styling after her. I deliberately went against my family and close friends who thought I was insane to give up psychology but I always wanted to become a hairstylist. When my mother passed away, I thought it was time for me to come out of my cocoon and do something I really desired.” 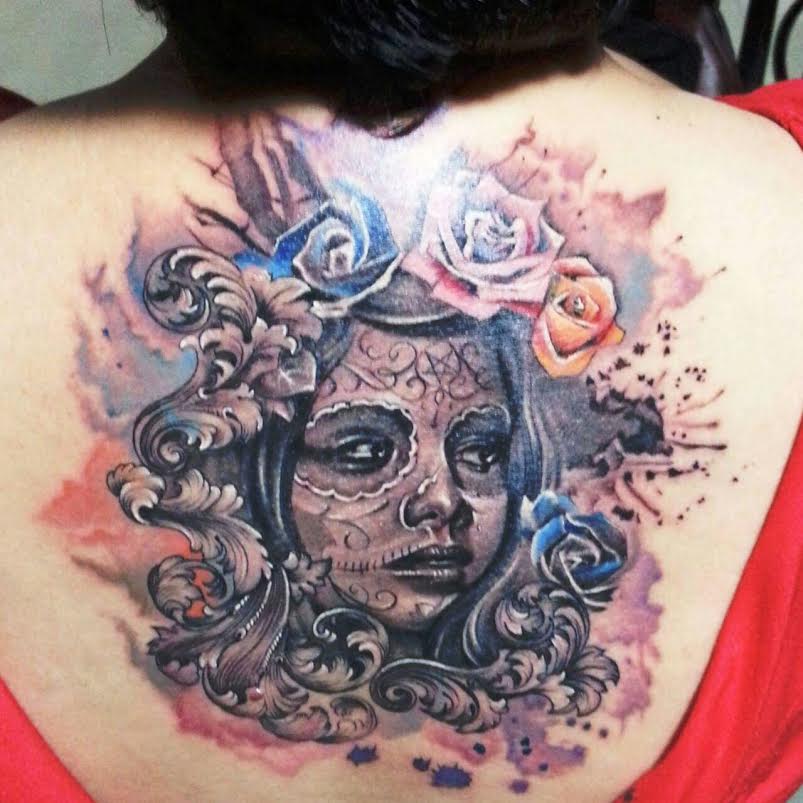 So, how did she decide on this particular tattoo? “I had this thing on my mind that I wanted something which I could carry with me for my mother. She was so, so beautiful that I wanted something which would bring out that beauty and positivity. It’s the smile of pain and peace in the tattoo that reminds me of my mother when she was fighting cancer; the smile in the tattoo is that of a struggler and a fighter. Niloy is the one who actually suggested going the Day of Dead way. He sat and he told me about it, I really liked the idea.”

Generally, people go for portraits; why did she not go for a portrait of her mother? “I was carrying my mother’s picture when I went to Niloy, but I just wanted him to draw inspiration from it. I didn’t want her picture because I didn’t want everybody to see her and second, what if it doesn’t come out perfectly; I was scared about that too.”