From pineapple head, to crazy mohawks, you will be in for a fun ride when you meet or talk to Amit Rajwadkar of Ink Kala in Mumbai. It is always a pleasure to interview friends who pursue their dreams and passion, and Rajwadkar’s story is one of that kind. 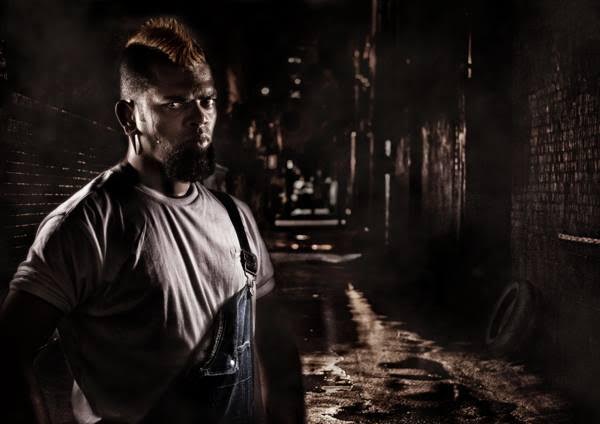 “I started tattooing on September 13th 2009, but I was inclined to tattoos ever since I knew of the art form. I had grown up seeing my dad churning out some awesome sketches day in and day out, and paintings. My uncle was a painter too, and so was my grandfather”, says Amit. The art-soaked air in his household did not leave him untouched. But as times passed, Amit got more and more lost in the callings of life and work. He would take a Bisleri-bottle and pierce a hole in its cap and make water portraits on the carpet of his office sitting area, this in his break time when he was working with a call centre, his friends recognised the seed of art in him, but he was yet to consider it, it was in the back of his mind. This was also the time when his father passed away. Now all he was left with was his father’s drawings and paintings, and the morning scenes from his childhood flashing in front of his eyes. 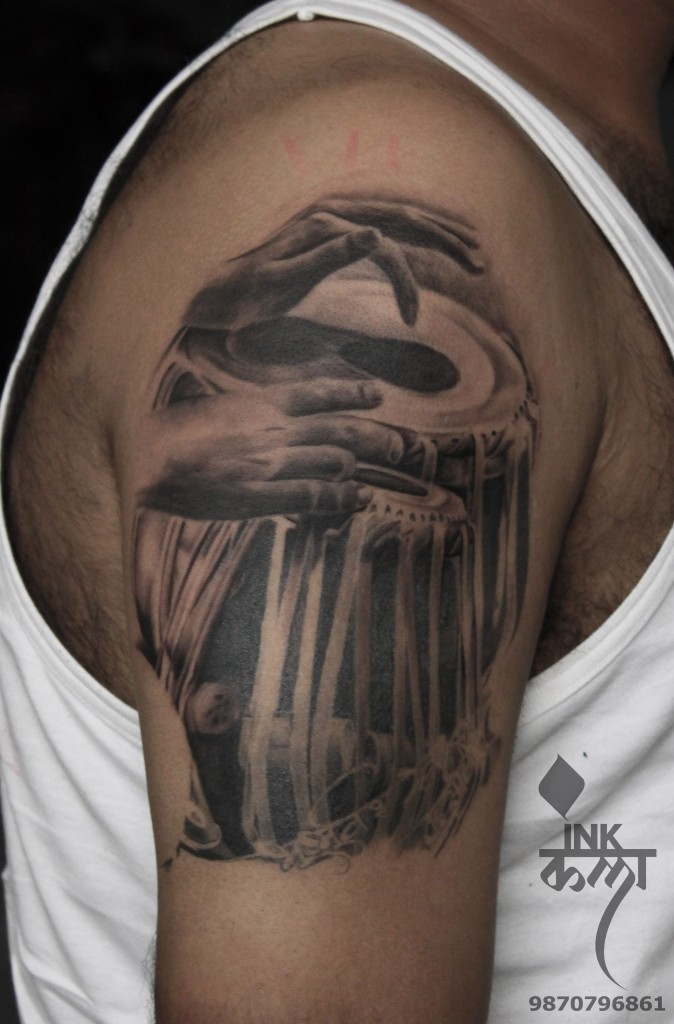 “One night I went drinking with my friends to Cafe Newyork, a band cafe in south Mumbai, and there I came across a brochure with an offer “get any tattoo in just Rs. 500.” The flyer had a very intricate tribal design, and it was art I had seen after a very long time. It was a day of well made hasty decisions, on the same night I stumbled upon a friend, a tattoo fanatic, and as soon as I saw his tattoo, I asked him to introduce me to his tattoo artist at that very moment, it was 1.30 AM, but he took me to his artist, and he started training me the very next day”, Amit shares.

“After this small training gig, I researched a lot, and explored different genres of tattoos. Initially, I bought a very basic tattoo instrument, with only one needle in it, made my first tattoo for myself, a trident merged with ‘Aum’ and then the word ‘Maa’, a tribute to my mum”, adds Amit. 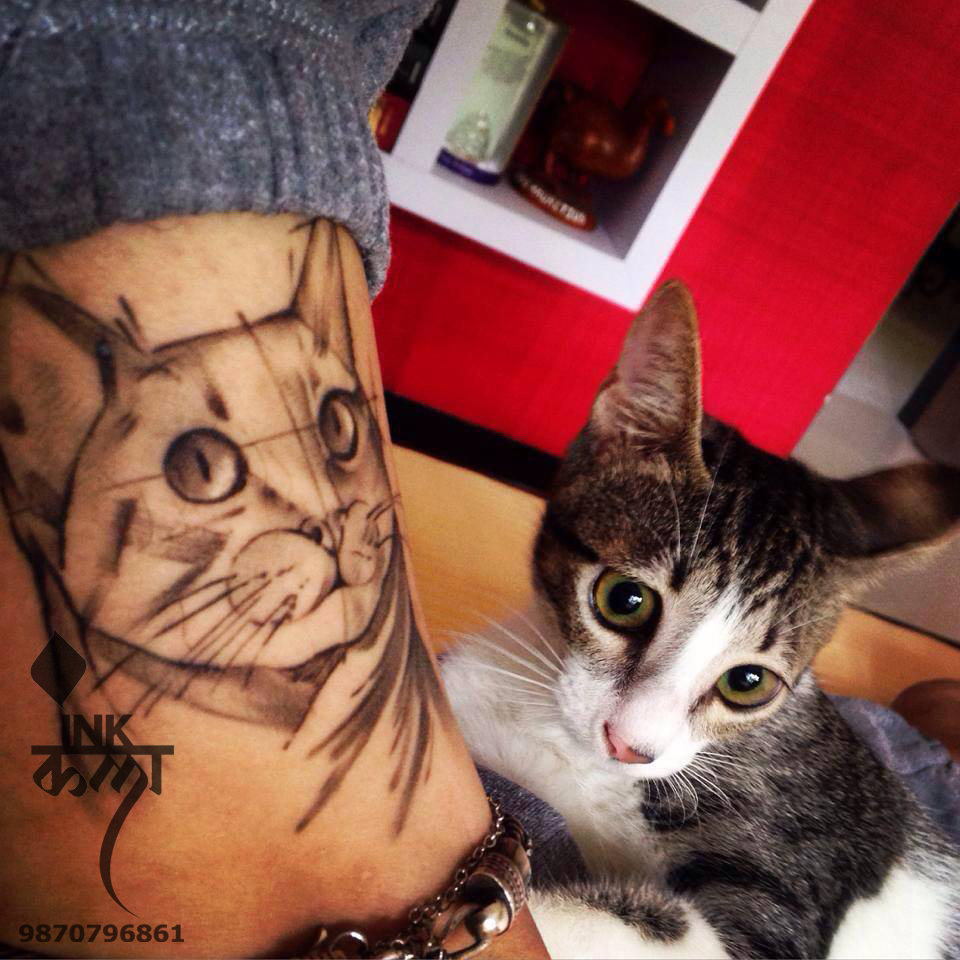 Amit worked with Kraayonz Tattoo Studios in Mumbai for a few months, and then moved on to work with his friend and mentor Rahul Ghare at The Art Studio in Oshiwara, Mumbai. Amit today takes pride in talking about his new venture, his own studio, which is more like an art community, Ink Kala.

Amit is known for his lifelike portraits of people, pets and gods, his shading work and colours are outstanding and of course he loves doing geometric and tribal pieces too.

“Reasons for participating in the Pune Fest?” I ask, on which he says, “I am not into conventions and fests too much, I am not competitive at all. Last one I attended was the Goa Tattoo Fest, that too because I wanted to ride my scooter all the way from Mumbai to Goa, which I did. I think tattooing is a culture and all the artists are friends, it is a cool community. So, this time around I am going to be there to meet them all, and have a good time, again, riding my scooter there! And while I am at it, I am open to doing a few pieces for select clients, and soak in the tattoo vibe of Pune!”