At Tattoo Cultr, we are always excited to meet tattooed Indians from all walks of life, and peek into their stories. One such amazing individual we met recently is Divy, aka @shameless.nomad (on Instagram). Divy is one of our tribe, who is a rider through and through, and inked rider, and a man with plenty of stories in dirt and ink. Our editor, Shubham Nag caught up with him to know more about his trails, his experience of getting tattooed by Horiyoshi III, and so much more… 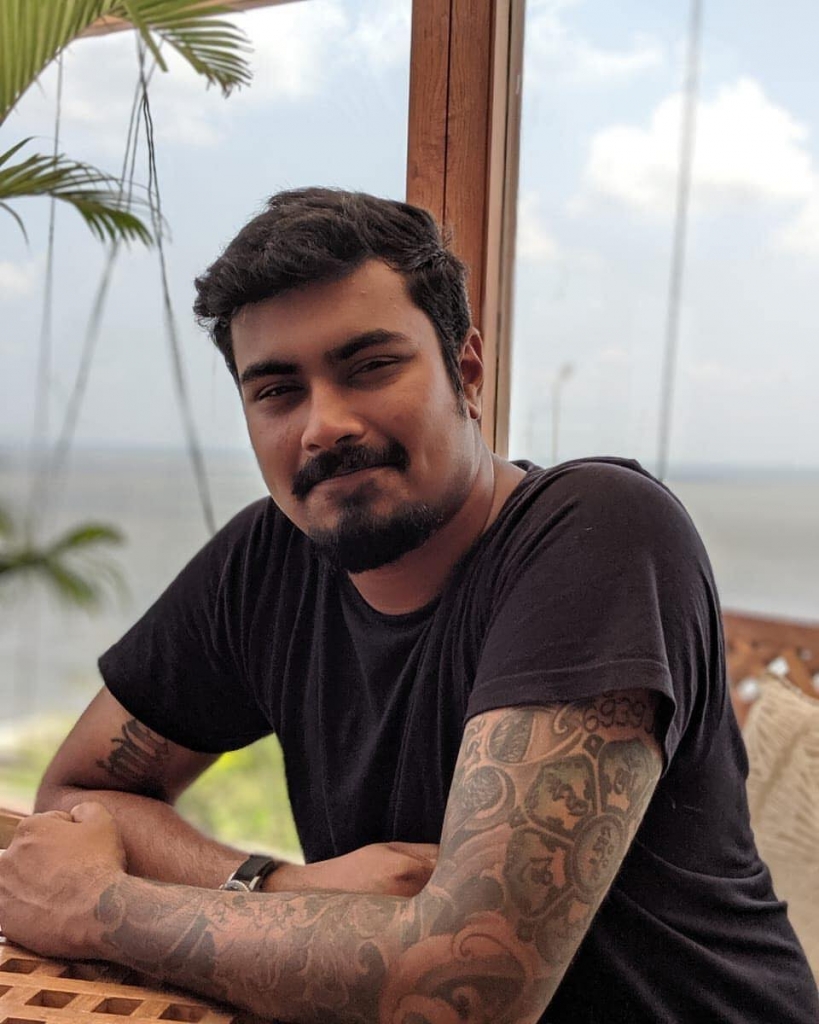 1. You are tattooed. You are a biker. You are a world traveller. Are these dots connected in your life?

The love for motorcycles grew quite early in life. Probably, when I was about 16, I started to learn how to ride in an empty parking space in the basement of my uncle’s building, but didn’t own any in the family to practice on.
The love for travelling came to me from my parents. When I was a kid, we used to go on a lot of trips, most of them were road trips and camping getaways, so all the credit goes to my badass parents.
And, tattoos were always fascinating, the history and the freedom of creativity has always been overwhelming for me. My great grandmother had full hand and leg sleeves of traditional kutcchi tattoos, and as a kid, I used to be super intrigued by them. 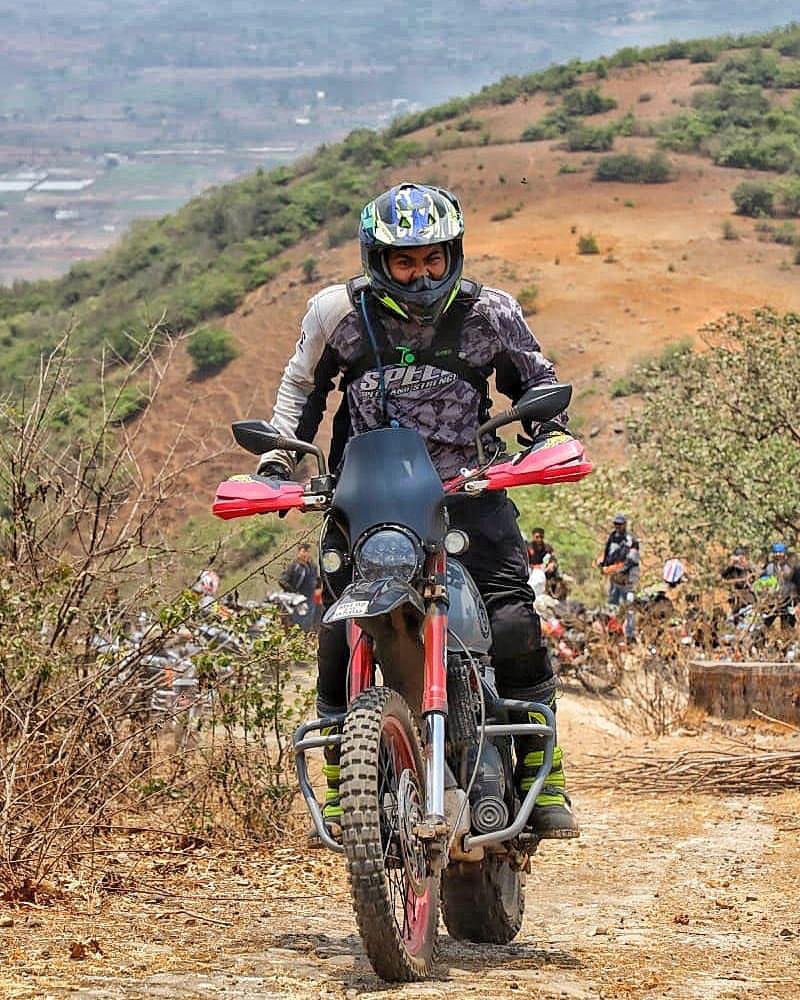 All of these aspects weave in together, giving me the freedom to explore and expand my horizons and learn so much about the culture around it, its liberating and exhilarating at the same time.

My first ever ride was when I had just turned 18, and travelled to Ladakh with couple of friends. The route was: Leh city – Khardungla top – Numbra valley – Pangong Tso – Leh – Kargil – leh. And interestingly, my first tattoo was a week before I turned 18. I had been planning this tattoo for more than a year. 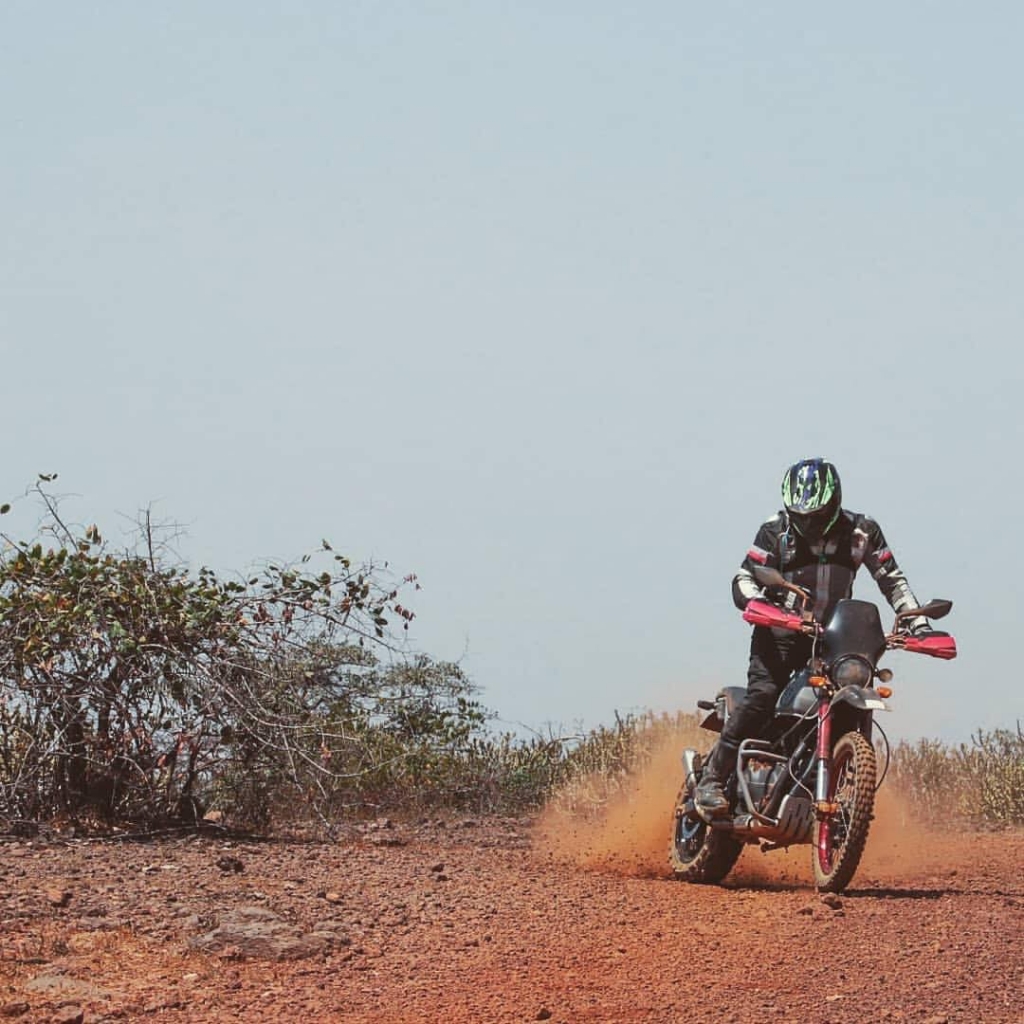 3. What is the headspace or subculture that you associate with biking and getting inked?

Motorcycling and tattoos go hand in hand I feel. My understanding of both cultures is about liberation, freedom and empowerment. I try to make the most of my opportunities, and most of my tattoos reflect my travel stories, places and the people I have met through my motorcycle travels.
I get inspired very easily, and because of my love for motorcycles, I have come across some really inspiring people, who have changed my perspective in ways I couldn’t have imagined. There have been times that I’ve taken a trip to just get tattooed, and travel along the way.

4. Tell us a little about your experience with Hirotoshi III, under his needle?

Sensei Horiyoshi III – I don’t know if my words can do enough justice to my experience with the master. I first came to know about sensei and his work about 5 years ago through a random article online, then I started reading quite a few blogs and articles on him and the entire Japanese tattoo culture, and started to dig a little bit deeper for information and knowledge. My love for the particular artwork kept growing and growing, and that’s when I promised myself that I will get at least one tattoo from sensei. 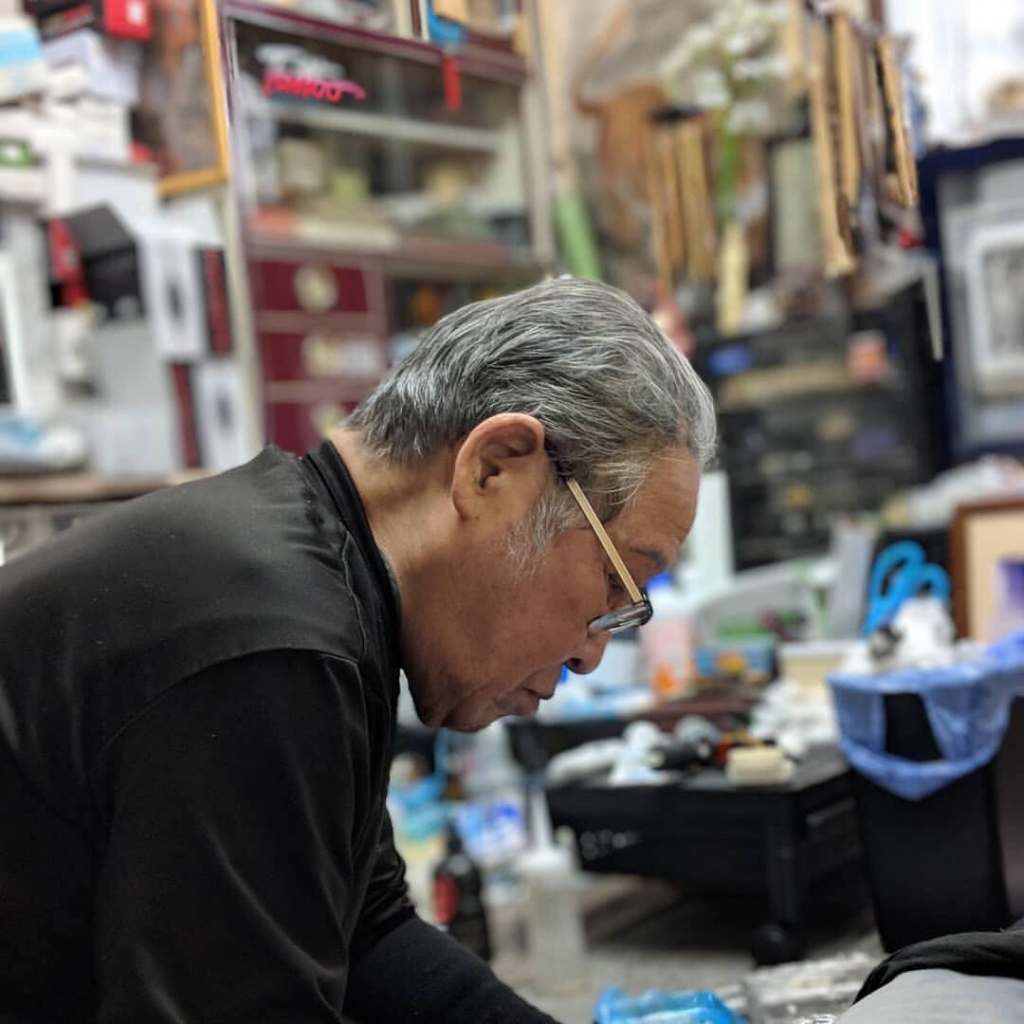 But back then, I did not have enough money to travel and get the tattoo done, but even then, I sent an email out asking for an appointment, but unfortunately didn’t get a reply for a confirmed date as sensei was booked through the year then. Last year, I was getting tattooed by Zaheer (Chhatriwala of Studio Z), and I suggested to him that we should get tattooed by sensei, he laughed it off saying that I should get an appointment first and then we shall talk about it.
A week later, I sent another email requesting for an appointment, and to my surprise this time I got two slots from sensei, and you can imagine the excitement. So, we manage our funds and plan our trip to JAPAN! Zaheer, Pallavi (Zaheer’s wife) and me.

I had been waiting for 4 years, and imagined my first encounter with him in a million ways, the things I would say, the way I would greet him and so on, but as we got to his studio, I was blank and overwhelmed by the space. It was the same studio where Horiyoshi I got tattooed and used to tattoo and also where Horiyoshi III got tattooed, just the legacy around the studio was overwhelming. There’s art in every fucking direction, from his paintings to his handcrafted Hanya masks to pictures to stickers to katanas,books, scriptures and tribute artworks gifted to sensei was pure Love. 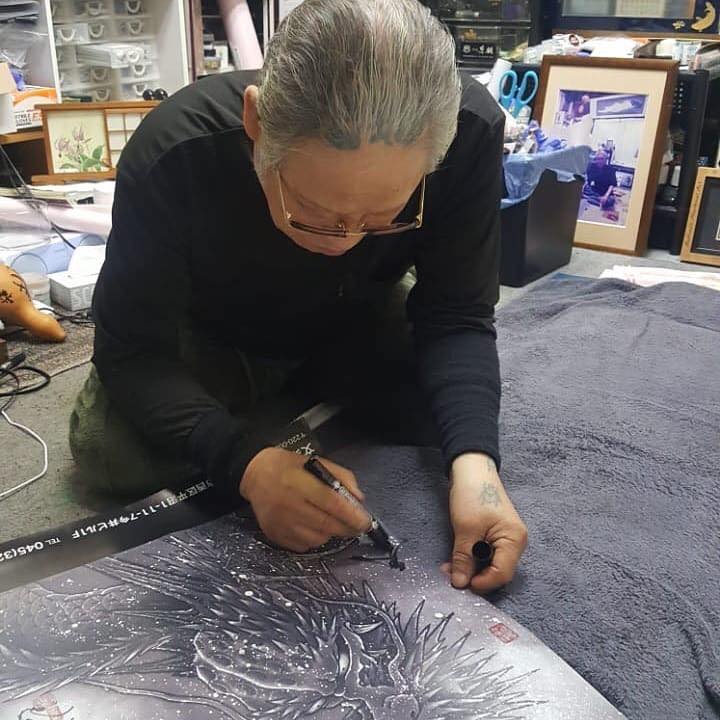 During the conversations we realised why he’s a legend. He has a studio that he runs himself, no staff no helping hands whatsoever, he answers the door himself and also sets up the entire equipment by himself, he’s a one man army, even at the age of 73.
He has a kidney ailment since 2008, for which he goes to the hospital for dialysis 3 to 4 times a week and for 8 hours each time, but the next day, you will find him tattooing again for an entire day. The determination and the love and respect for the art is inspiring. He’s been tattooing for more than 50 years now, though due to his health conditions he doesnt do tebori anymore, but still makes his own ink and needles. 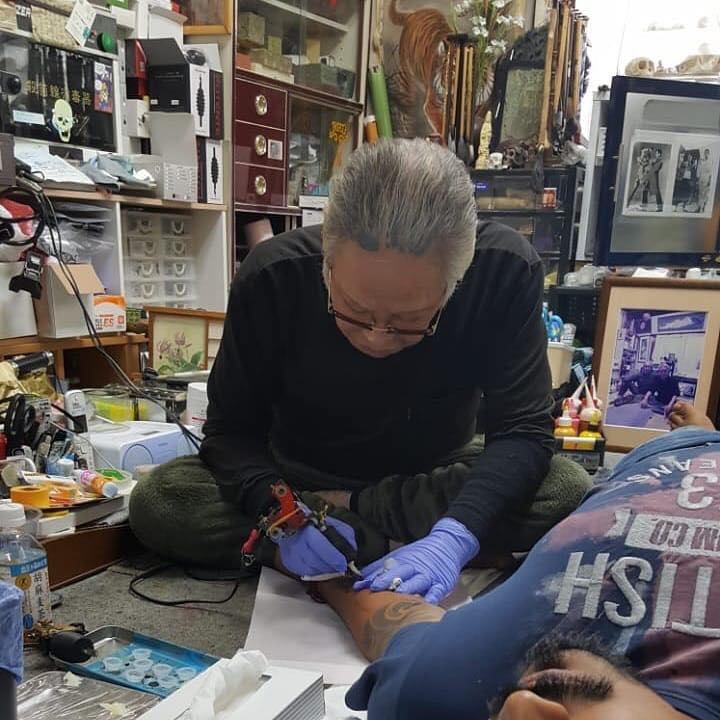 I had mentioned in the email that I wanted a Hanya mask on my arm and wanted to merge it with the existing sleeve, he sat and observed it for a while trying to match the black and grey and figure out how to make it flow in the right way, he does all of his tattoos freehand even to this very day, and I also did insist on tattooing his signature for which he laughed and asked weather I was sure. He is brutally fast and PURE GENIUS.
After the second session, he looked at Zaheer and me and reached out to one of the boxes and gave us a painting each with his handprint, seal and signature, and that feeling is something I cannot express in words. This was probably the shortest way I could have expressed it.

5. Do you have tattoos dedicated to your love for the road?

Quite a few of them are a tribute to my motorcycles, trips and places I’ve visited so far, and also a tribute to my fellow motorcyclists who have departed for good and always watching over us as we goof up and take the wrong turn on the road.

7. Is there a bucket list of tattoo artists you want to get inked by?

It’s a never ending list, there are so many brilliant artists out there who I wish to get inked by. Some are…
Rio – Hong Kong
Xiao Dong – China
Bimal Rai – Nepal
Kadak – Bali
Horimayi – Taiwan
Hajin – South Korea
Horitaka – Japan
Thom DeVita – USA
David Hoang – Canada
Sikaamaru – Nepal
and the list continues…

8. If a bike week and a tattoo convention were happening in your city at the same time – which one would you go to?

I would go for a bike week, because the idea of getting tattooed is very personal and emotional for me, thinking about a design and working together with the artist to understand his perspective and have that kind of a connect comes from visiting the studio and going to the artist personally, and get tattooed in his surrounding and his/her comfort space. 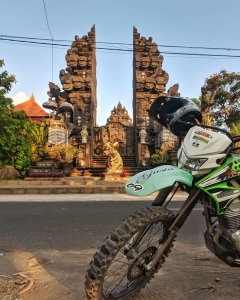 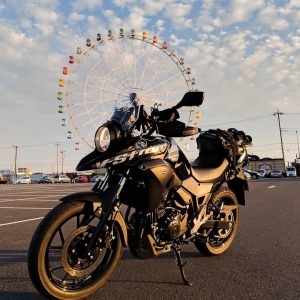 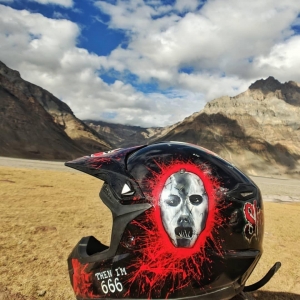 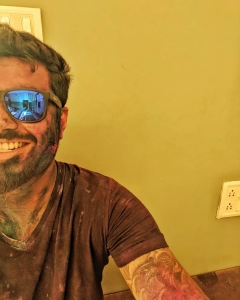 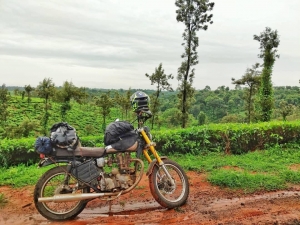 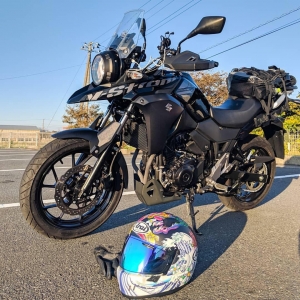 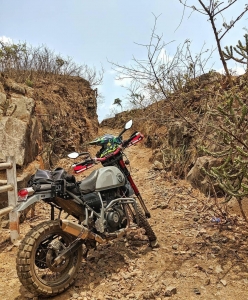 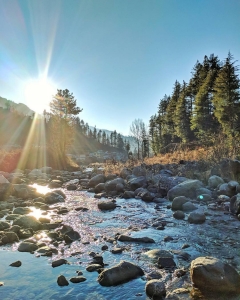 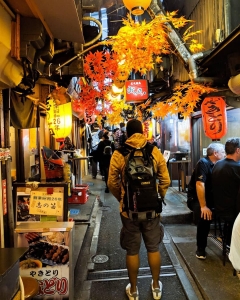 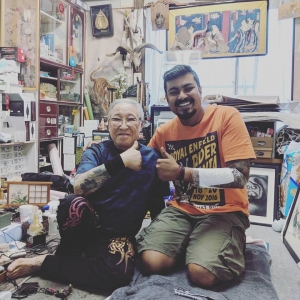