Tattoo Culture (and TattooCultr) have both come a long way since their inception, and I realize I have said this a lot through this series, but the more people I talk to the more I see India’s tattoo journey progress. This is a place that may have put a person with tattoos through an extra round of interviews, but eventually lets the same people let their work do the talking. You may be a little different in your office, but that doesn’t make you bad, that just gives you a better chance to prove who you are.

Tattoos are self-expression, thus allowing the wearer to put across a message that is greater than what they are saying. However, it is important to understand that these messages are fluid, they have the ability to grow with the wearer. As we are growing to accept them as just art, the next step for India is to be able to understand these stories. Further, as a country that has many of its cultural traditions rooted in intricate stories, this should be an easy switch.

Bangalore is the silicon valley of India. Dating back to the Vijayanagara Empire, Bangalore is a modern city built on very ancient roots. It potentially is the most well-rounded city in India with the balance between the old industry and new on one side and on the other hand education and the food and party culture. With the growth of multi-national corporations and the influx of global culture in Bangalore, the city has created its own little tattoo culture hub. There are a growing number of artists and people are slowly indulging into the subculture in this city.

We spoke to Sowmya from Bangalore who is a fitness coach and all-around girl boss. She is essentially a ball of lots of strength, energy and overall good vibes. A tattoo connoisseur as she may call herself, she got her first tattoo out of spite for her ex. “He had issues with me getting tattooed when we were dating, and one of the first things I did after we broke up was getting a tattoo. Looking back, it was very juvenile and I am planning to have them covered up soon, but yes, they exist.” 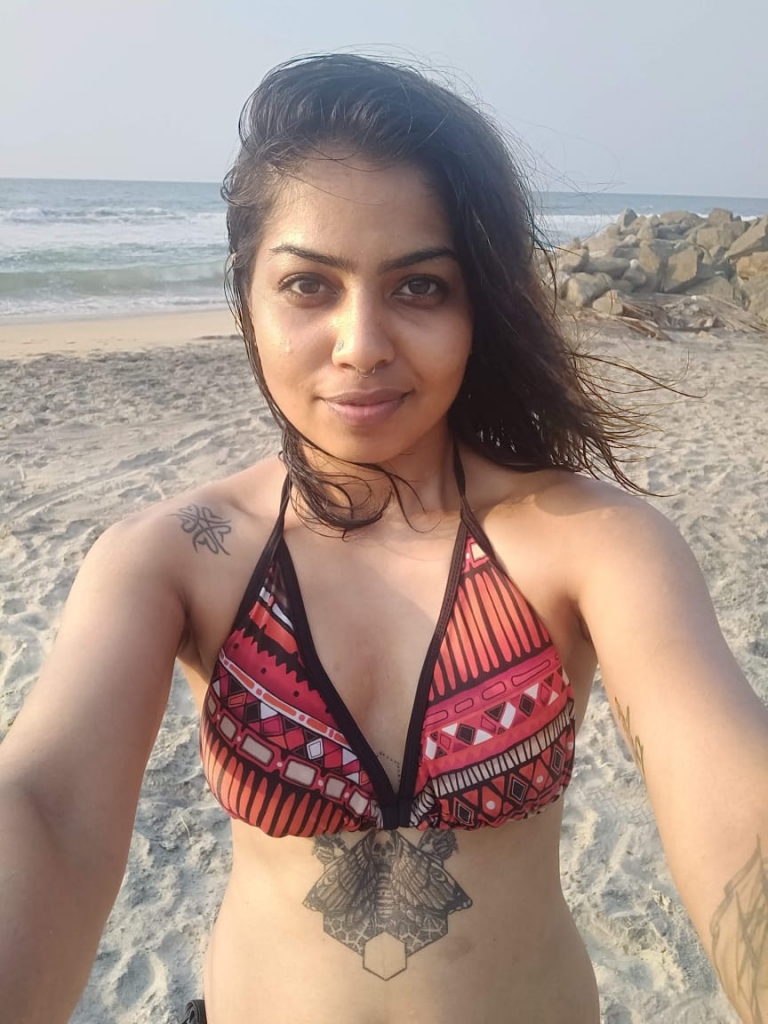 Sowmya currently has 8 tattoos so far, and the itch to get more. “I am constantly telling everyone around me that I have tattoo chori (Tamil for itch). For me, it’s constant tattoo chori or piercing chori.” Coming to the large number of tattoos she currently has, “I am constantly worried that I am going to run out of skin because I’m a relatively small person and I don’t want to be in my mid to late 30’s and already be out of space for more.” Tattoos have a significant period where they do require care and attention to heal, that means no sweat, no water, but she seems to have it all figured out, even with her busy life as a trainer. “I still manage; I choose my workout according to what the placement of the tattoo is. So if I get a tattoo on my leg, I will only work out my upper body for the rest of the week. I also try to time my tattoos around holidays, so I can get one and then go off on vacation and by the time I have to get back to work, it has healed.” 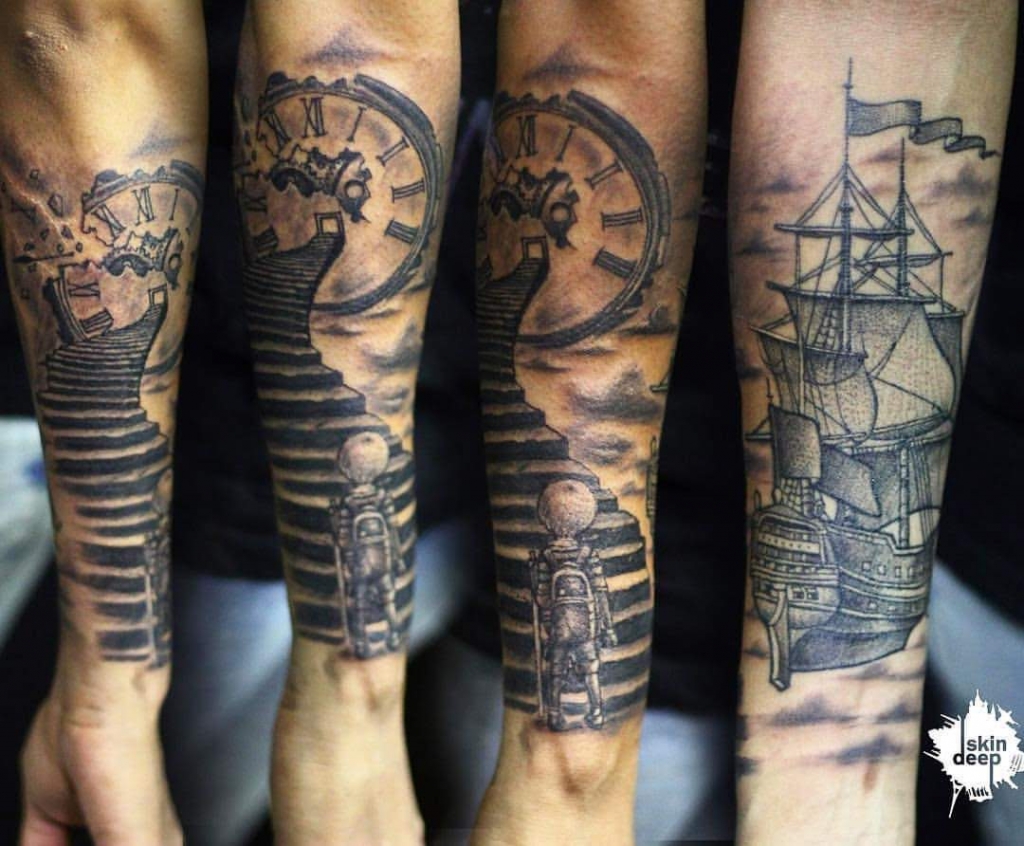 Coming to resistance from the workplace, she has faced some and has even had to leave a job for it. “At one workplace, there was a code of ethics created that did not allow visible tattoos. I wrote back to the management saying this was a regressive step for a liberal profession and this led to a fall out between the organization and me.” She also spoke about how important it is to celebrate bodies in all ways possible and that should not be considered unprofessional. “Surprisingly though, places which seem to be regressive are changing. The new company that I am working for has absolutely no issues with tattoos and let people be.” People should be chill and that’s how the new company she works with functions. “People are solely judged on their professional outlook and skill. She believes that culture is changing, but people with body art do need to stand up and normalize this culture to allow people autonomy on their own bodies. Further, even though she has had to change her job, she believes that it’s the skills that matter most. 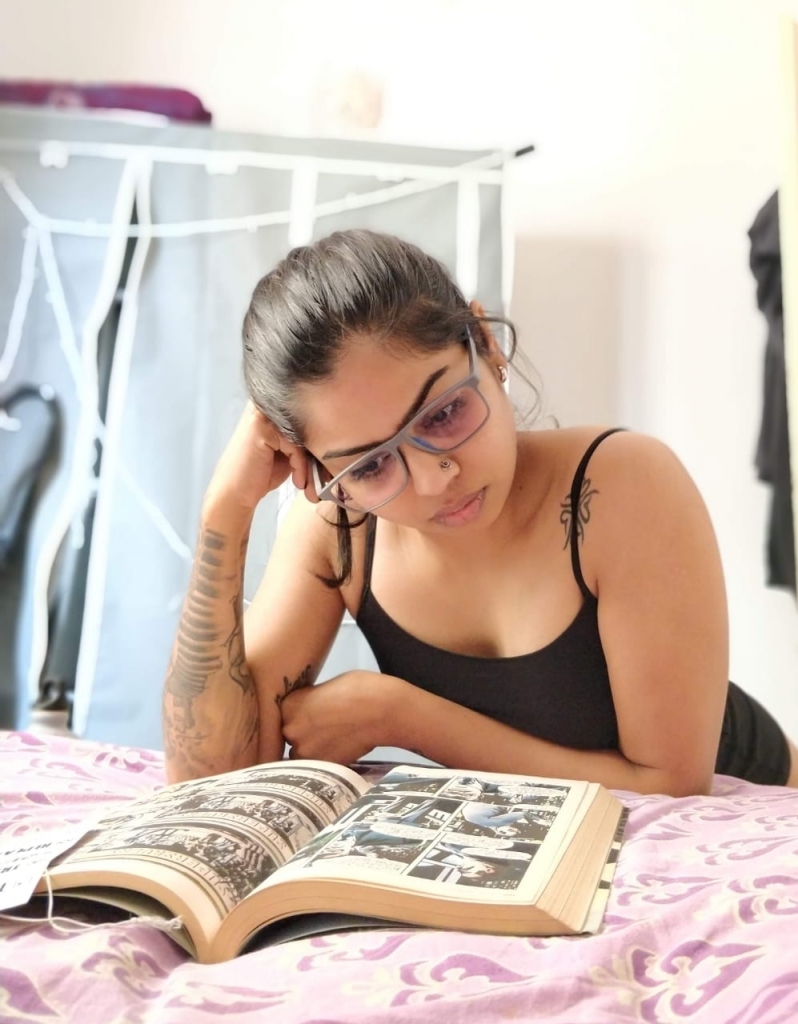 In conclusion for Sowmya, body autonomy is super important. She has a plethora of artists from whom she wants tattoos and has ample tattoos planned out. She wants to use her body to be a canvas and aims to make the most out of it!