These gloves are made for mocking.

A while ago, travelling tattooist Ona Cots stumbled over a picture on the internet, of a Muslim girl boxing. This girl was dressed in a Hijab, which situated her in a particular background. Ona found the composition “really beautiful, rare, powerful and fascinating. So I decided to draw it.”  This first piece inspired Ona to continue with the series. The women, all shown in a fighting position with boxing gloves, are presented in traditional clothes as a reference to their cultural socialisation.

“All the boys around the ring kept telling, ‘She’s just a girl. Punch her pretty little face off. You can’t let a girl beat you,’ ” Amaiya Zafar said. After she scored the last jab, she had the last word with the boy and his friends: “I might be a girl, but you hit like a girl.”[1]

Did you ever see a girl boxing in a Burka? A Hijab? A Saree? Most probably not. Reasons therefore could be many. But, again, we are not here to praise the norms of our society. We are here to question them. So let us get in the critical mood: Why do we consider some things as allowed and others as weird or inappropriate? Who constructs those norms we mostly follow blindly? And, most importantly, how can we question, criticize and maybe even overcome social norms within our subculture and the strategies it offers us?

“It represents strength and freedom of decision.”

Ona did not mean to be very political with this series. The paintings and the tattoos at the same time represent more her “thoughts and feelings as a woman“. Rather than focusing a political feminist agenda directly, Ona is trying to visualize the freedom of choice, that is often taken away by social pressure, which dictates, how to look, how to behave and what is appropriate for the female* (and also male*) gender.

“It happens in all the cultures in a lot of different ways, sometimes is more obvious and sometimes is more subtle. But unfortunately it happens. So as a women I think that there is a lot to do in order to gain our equality.”

Besides this aspect directly referring to gender, Ona points out, that there is another perspective to interpret her boxing women: “In the West, there is the tendency to discriminate traditional outfits like the Hijab or Burka. Maybe the desire is even to forbid them, because they symbolize, from that point of view, another culture or repression towards woman. To me, it is not our decision to make. I mean, trying to get rid of repression through prohibition is just another way of repression. In the end, that decision should be made from any individual woman, not by man, not by other cultures and neither by other women.” 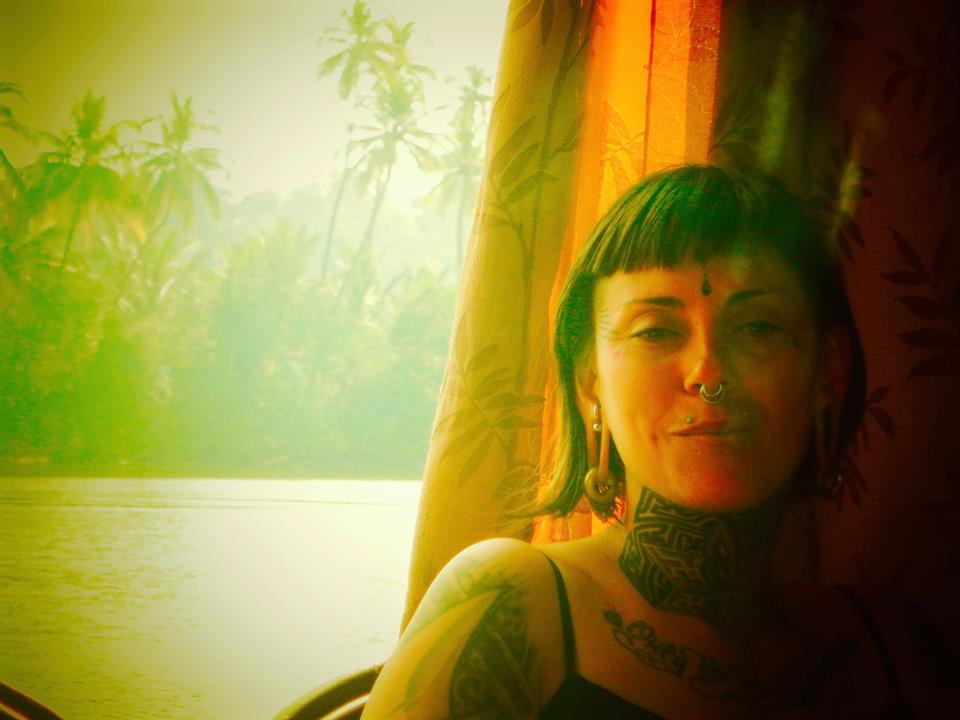 Ona draws no direct connections to her own profession and the standing of females in the tattoo industry. More than that, she stresses the general position of “women in a world where your gender is more important than your value as an individual person“.  By reflecting critically on this situation within her work, Ona not only implemented her own experiences and thoughts, but dissects out various discrimination referring to gender, race and culture that women have to deal with around the world. It might be boxing, from the scratch not a very political activity, which empowers women like the previously quoted Amaiya Zafar to stand their ground. It might be Ona’s approach of addressing daily issues with drawing and tattooing. In the end, it might be any other possible way – as long as it is our way.