Thereâ€™s historical evidence that suggest that tattoos have served to both brand criminals and decorate kings. No matter what the social status of the tattooâ€™s owner, its function is still very much the same: to unmistakably signify a very specific aspect of who the wearer really is. Nowhere is that more crystal clear than in American biker culture. 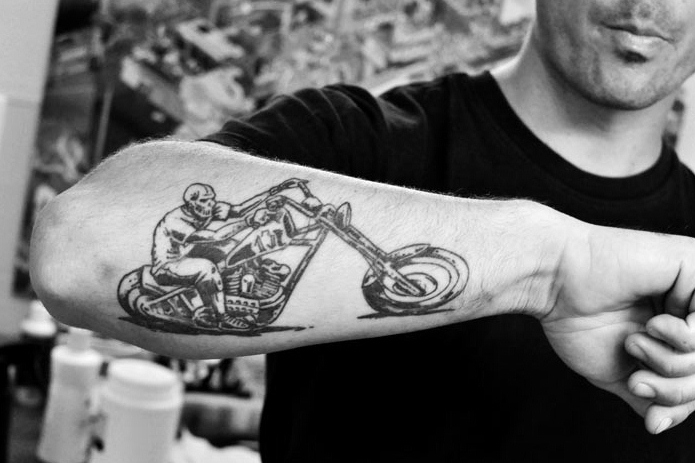 Despite its recent mainstream acceptance, tattooing had long been associated with groups that just donâ€™t fit in or have a very distinct culture of their own, like pirates, merchant sailors, carnival workers, servicemen, gypsies and bikers. Like other gang type societies, Bikers not only not fit in to general society, they make it a point to make sure they donâ€™t. What better way to brand your self an outsider than with a tattoo. Here are some of the tattoo designs bikers have traditionally claimed for their own.

FTW â€“ An abbreviation for the phrase F*ck The World. This design is traditionally popular with the outlaw biker and symbolizes their attitude toward a society that has branded them outcasts, which they are proud to be. The expression really is FTW, so youâ€™ll never see the words spelled out in a tattoo. If you do, the wearer is obviously just a wannabe. 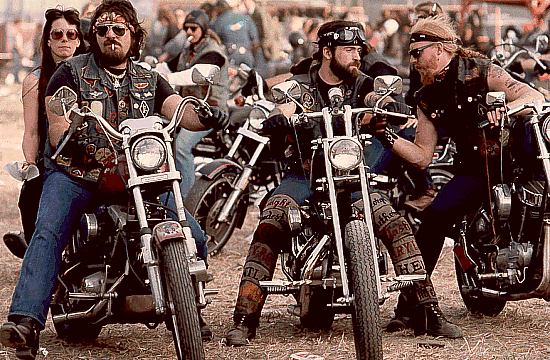 1% Tattoo â€“ The outlaw biker craze was raging in the 1960s. The general population was terrified of any man on a motorcycle whether they had any legitimate reason to be or not. If you saw a man sporting a lot of hair and a lot of leather, you crossed to the other side of the street just in case. In an effort to set the masses at ease, the American Motorcycle Association made a bold PR move by stating that only one percent of bikers were outlaws. As it turned out, failing to specify what the other 99 percent were made the AMAâ€™s intentions futile. Bikers, both fringe outlaw gangs and more major clubs alike, responded by having 1% tattooed on themselves. With this gesture, they beat mainstream society to the punch by labeling themselves with what people already thought of them anyway. The 1% tat isnâ€™t as pervasive as it used to be, because many of the new generation of bikers unmistakably fall into that other 99 percent.

Colors â€“ the insignia of a biker gang. The colors and logo of a specific group. Youâ€™ll often see such things embroidered on leather jackets and other accessories, but that doesnâ€™t take the place of having it permanently tattooed on your body. A tat of your colors is usually a requirement of full membership into the club. Colors are to be worn with pride. 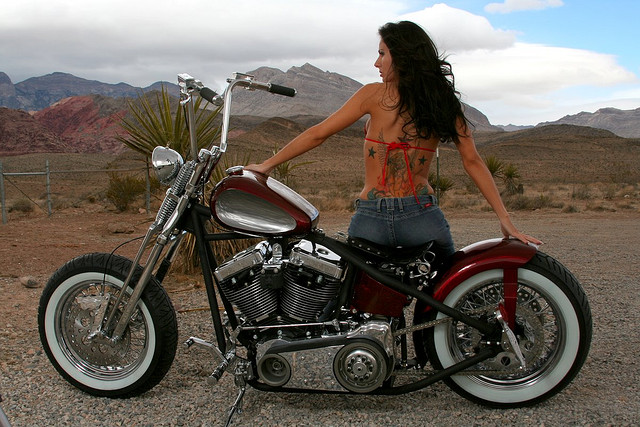 Property of Tattoos â€“ Property of tats had their heyday about the same time as 1% tattoos. They were used to label the women in the group as the â€œpropertyâ€ of that specific club, and youâ€™d better not be messing with another gangâ€™s women. At the time, a property of tattoo proudly signified you were a full fledged part of the biker family. Itâ€™s not like they held the girls down and branded them against their will. Today however, the womenâ€™s lib. movement has matured since then, making property of tattoos a thing of the past. As a matter of fact, may female tattooists wonâ€™t give you one, but they might help you out with some cover-up work.

While most motorcycle enthusiast are no longer what we think of as bikers, the biker spirit is still very much alive and well. Next time you see someone proudly sporting one of these tattoos, youâ€™ll be able to appreciate the rich history behind them and their contribution to American pop culture.