Last month, the city of Rome witnessed a unique tattoo convention. Called ‘The Other Side of Ink’, this tattoo convention stood out because of one reason – it’s the world’s only all-female artists’ tattoo convention. With an assembly of 150 participating artists from various corners of the world, it was an occasion to remember, tell us Jessie Verve, who was the only attending artist from India.

Hailing from Bengaluru, Jessie runs her own shop, ‘Verve Tattoo Studio’, and is quickly growing as one of the brightest female tattoo artists of India. She left a lucrative career in IT, and pursued her passion for body art, and that’s how she ended up at ‘The Other Side of Ink’. We recently caught up with her to know more about her experience of the convention, and this is what she had to share…

Shubham: How did you come to know about ‘The Other Side of Ink’?

Jessie: I have always been inquisitive about the tattoo industry. I was always passionately curious. I had this thought; why women don’t have a better platform in this industry, why so few female tattoo artists, and it bugs me. This thought made me read more about it. That’s when i came across “the other side of the ink”.

S: When did you decide to take part in it?

J: Once i saw that there was a separate convention that happens exclusively for women tattoo artists, and none of the Indian artists have taken part in it, I decided I should definitely represent Indian female artists there. I wrote a mail and left a message on their Facebook page along with a small portfolio. Surprisingly, I got a mail from them after 15 days .They were surprised that someone from India is even aware of this, and they offered me a free stall and workstation. 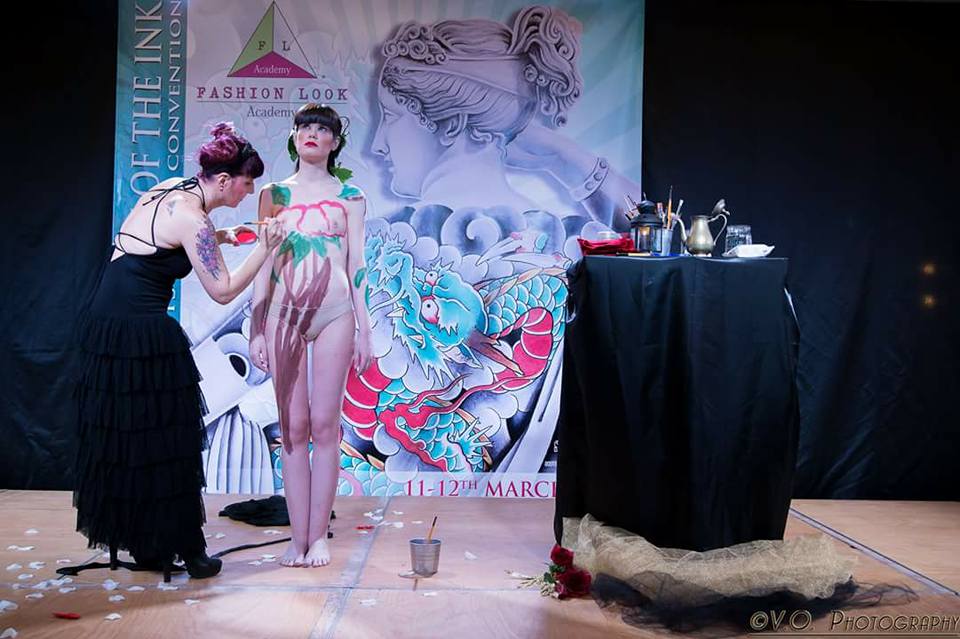 S: Who helped you logistically there? As in other local artists, or did you have friends travelling with you?

J: Paolo was the event organiser who helped me with all the event details. It was my solo trip and had a tough time getting my visa approvals. It was an expensive affair too, but i followed my heart and not money.

I had invited Archana Bhanushali from Ace Tattooz (Mumbai), but didn’t get a response from her.
After i reached Rome, my task was to find the human canvas. Luckily one of the co artist from Rome, Valentina helped me find a human canvas by posting a request on Facebook. Thanks to social media I found a couple of people to tattoo over there, as well.

S: How would you describe the atmosphere at the convention as an artist?

J: This convention is special by itself as the name describes “The other side of the ink”; you get to see and experience the other side of the ink where female tattoo artists exhibit their love for art and they represent their culture and vibes in the form of body art. 250 female participants who looked amazing and artists themselves were a work of ART!! Very colorful and hippie and for a common person who entered, it would look like a different planet in itself. Women from different age groups, who never let their age dictate. Women with purpose and goals, they knew their time is precious. 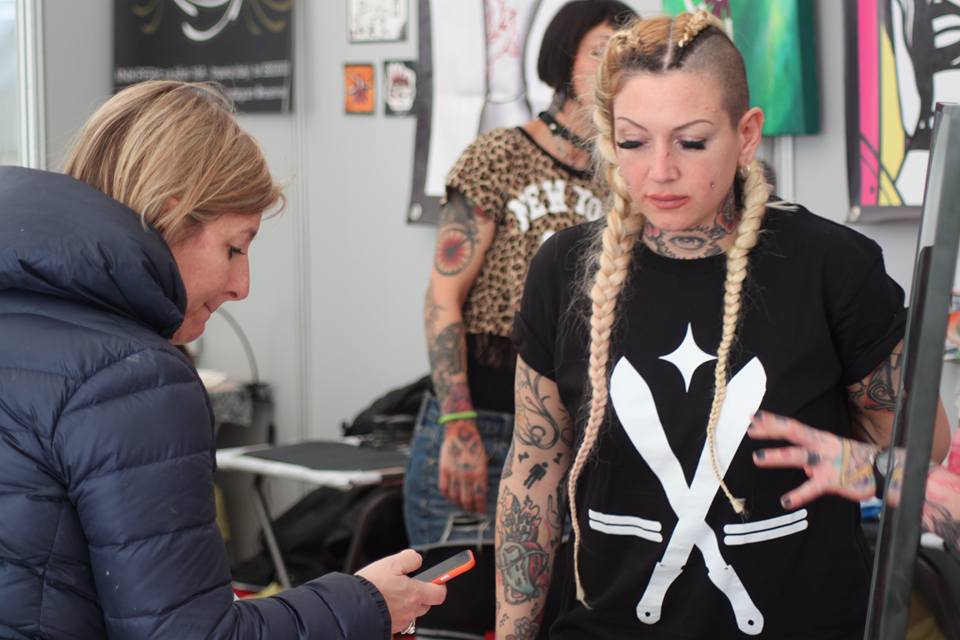 S: As a female artist, do you think you are treated absolutely equally in this industry? From other artists or people coming to get tattooed?

J: As a female artist, I have had days when tattoo was considered a taboo and my family never wanted me to quit IT for becoming a tattoo artist. And friends never respected my profession, they considered body art is all a man’s game. But now, slowly everything is changing and people understand and respect Art. Friends and family encourage and appreciate me at every step. Many women find it safe to get inked by female artists and few also have a mindset that it would hurt less when inked by a female as they are soft-handed. Fellow artists frequently motivate and help me in correcting and they keep me updated about the latest techniques. In India, the number of female tattoo artists is very less compared to the other parts of the world…