Hip hop is, undoubtedly, the culture of the hour for India now. From being the plot of Bollywood’s most successful 2019 release (or is it? who cares) to this

to finding the next big thing on TikTok, it is everywhere, used for selling almost everything. In ways, this burst of attention for hip hop from mainstream pop culture has aggregated much desired awareness for this subculture, but has also misrepresented a lot of it. Hip hop is not just rap, and one of the biggest hip hop icons in our eyes is Zake Graffiti from Mumbai.

“Graffiti is one of the few tools you have if you have almost nothing. And even if you don’t come up with a picture to cure world poverty you can make someone smile while they’re having a piss.”- Banksy

Zake is a pioneer of the city’s graffiti scene. Zake’s graffiti is a rad mix of of many art styles that create this unique graffiti style. From spraying pertinent question marks on potholes on roads from Churchgate to Virar to stunning pieces of art that add an edgy character to the city, Zake and his brothers of the DIS crew are keeping it legit and real. So, we caught up with him for an understanding of where is Indian hip hop now.

Nayantara (N): What do you think of the Mumbai tattoo and graffiti scene, right now?

Zake (Z): These are two different cultures, and one started before the other. Tattooing begun before even hip hop existed in India, but the graffiti scene is very recent. Looking at both the cultures, I feel tattooing is at a good stage with some major events happening around India, and the rise of other subcultures definitely gave it a boost. Graffiti is still growing and finding its position, with the mentality to go paint a wall with your money seems absurd. It’s funny when people say we are making tattoos on walls… let’s say both the visual elements are still growing and needs more awareness.

N: What’s your opinion on whether and how Gully Boy represents the Dharavi hip hop scene?

Z: Gullyboy is a movie that brought ‘rap’ to the regular audience in the country. There’s nothing known as Dharavi hip hop scene. All my homies in Dharavi are real OG’s and they don’t really need a movie to be a superstar, they already are. Also, hip hop started in the whole of Bombay. The main actor in gullyboy, not being a rapper, is a bit inappropriate, but I’m not gonna be a hater. I get how important it is to have the credibility to be in the forefront. I would say Gullyboy represents the rap scene, not hip hop!

N: Do you think each element of hip hop gets equal representation in mainstream pop culture?

Z: Haha! Rap, breaking, graffiti, dj! Ask the new cats and they wouldn’t know. Mainstream pop culture works on a budget, so they only include the other elements if they have the money. It is never about the knowledge or how each element compliments the other. I think rap, i.e. ‘the spoken word’ is the easiest way to communicate to the masses and rappers should really start giving big ups to the other elements too.

N: What is mainstream pop culture’s true takeaway from hip hop? Do they represent hip hop or only want to make profit out of this sub culture?

Z: Everyone wants to make profit out of the subcultures. They thrive on the emotional content of being from the slums to how you can be cool with the money and fame by making rap. That’s not real hip hop. It is more about the real problems we face and how we stand up against this consumerist kind of attitude. Of course, we want the kids to get inspired but also talk about the right things. The power of hip hop is underestimated. 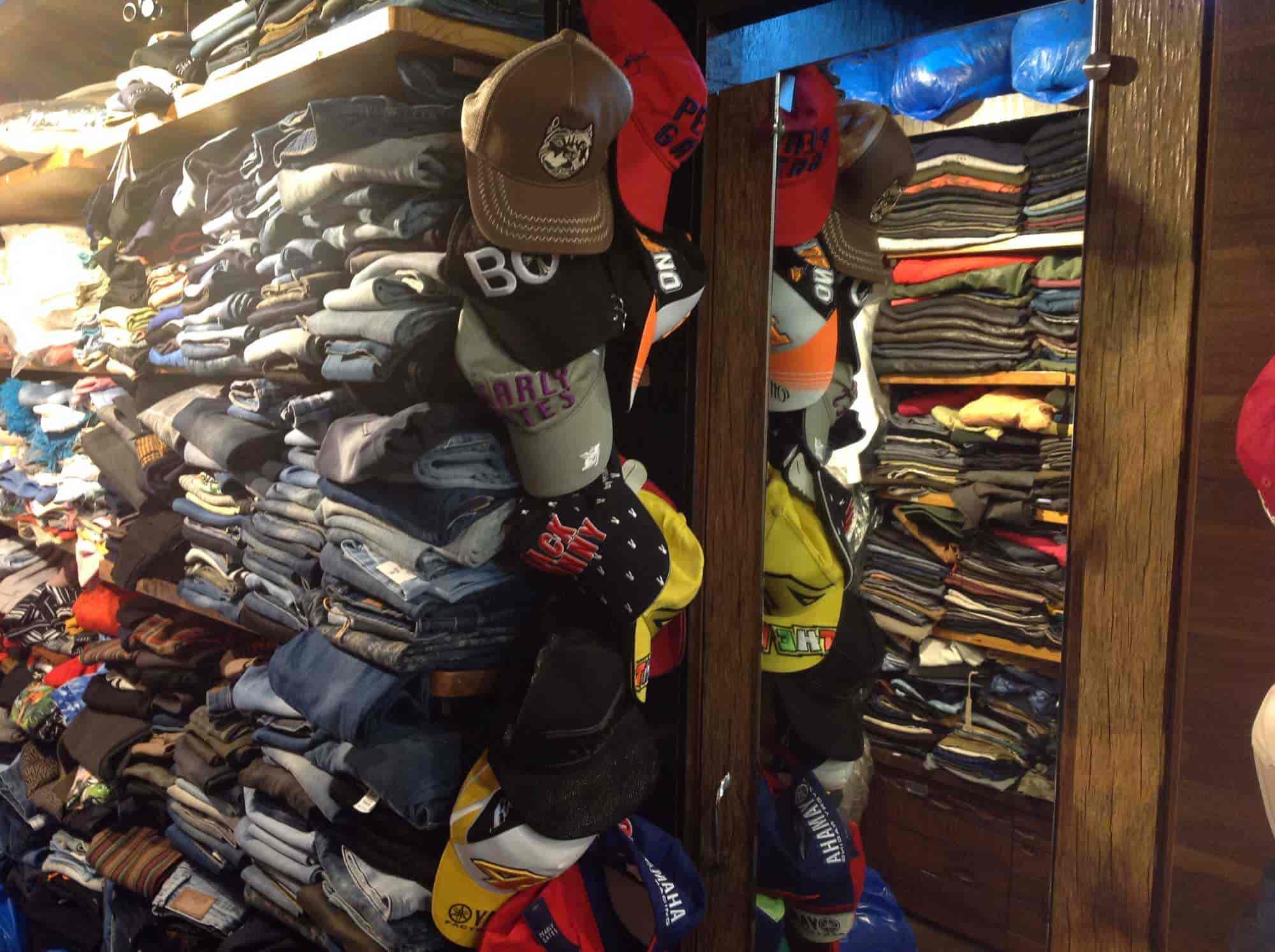 Z: After everything, you need roti kapda makaan – basic needs to survive. Being real or true to your art means to get that street cred. Social media has changed the game, and now everyone is an online artist! Delete Instagram and Facebook and they will lose their shit. You can be a sellout but you need to be real to the streets. The real essence of hip hop lies in street cyphers, crew meetings or writers’ block which helps each other grow. I hardly know any new rappers who can freestyle! If you ask me to freestyle on a wall, I can destroy anyone… that’s how you ‘deserve’ to get what you want!

N: Hip hop has historically been about true representation of the people. How much of the music part is doing that in India?

Z: Most of the underrated artists are representing the people. Shoutout to Swadesi crew for talking about the ongoing issues and helping the scene to grow in the right way. Everyone is entitled to their opinion and most of them will say they’re representing the people but its after the fame that we realise that whatever said was just to build a brand and nothing was truly spoken about.

Every year more than a million people die due to air pollution in india . With the deteriorating conditions , the minds behind Chakr Innovation created the worlds first retro-fit emission control device for diesel generators. They have successfully managed to capture 90% of the particulate matter from the exhaust of diesel generators , which generated 15,000 billion litres of pure air ! Big ups to Chakra innovation for this effort that could let everyone breathe clean air and live a healthy life . —————————————- I’m really happy to play a small part in this documentary series #planethealers by @discoverychannelin ! Big ups to the very talented host @jimsarbhforreal ! Had fun time shooting with him in my favourite place @sanjaygandhinationalpark !! #zake #zakegraffiti #mumbaigraffiti #indiangraffiti #discoverychannel #jimsarbh #chakrinnovation #sgnp #savetheplanet

N: Graffiti boys started the scene in a way in India. But, with the whole commercial public art scene being controlled by corporations, what’s ahead for the underground?

Z: We gotta do what we gotta do. These big corporations make money under the name of corporate social responsibility “CSR”. But that’s not inspiring a common man to pick up the tool. In fact, it’s going the other way round. As it started with a ‘tag’ back in the day in the States, here there are huge murals by foreign artists and people are confused so as to why is it happening! There are culture vultures in every scene, and it’s important to rise above them. The whole idea of connecting to the people and the real streets only happens when you’re on the ground and not in an air lift.

N: Can graffiti be a powerful tool for the voice of the people in India? Can it be political and independent at the same time?

Z: We haven’t touched the political part yet because its still a growing culture and people need to understand that its an expression first. And if at all it goes political, it definitely will be independent because of the controversy that will surround the artist. Maybe even death threats if the people know who is doing it. Graffiti is and has always been a powerful tool because it targets the right audience as for now we have kept it pure and gentle to spread more awareness and gain some credibility. I have special rules to my city about not going over private properties or cultural heritage because its not against the people. Its against the law. And when I say against the law, it means that you pay taxes and the walls are shabby, dirty and not taken care off. Even the electricity boxes are bombarded with stickers and advertisements. Same with the trains and buses at the moment. It sucks to see these ads all around the city but the moment you see an expressive graffiti, you instantly feel good. It’s an escape and a way to find your space in this crowded metropolis.

Freestylin’ fisherwoman in @florianopolis with the local kings @vejam_ @wagnerwagz and @gravattaa @_pasmo !!! Painted this last piece in floripa in the hot sun !! Thank you brothers , you guys inspired me so much !! #zake #zakegraffiti #graffiti #haulapparel #wickedbroz #florianopolis #india #FLAMESPRAYPAINT